SOURCE: ALL ABOUT JAZZ PUBLICITY
May 17, 2010
Sign in to view read count 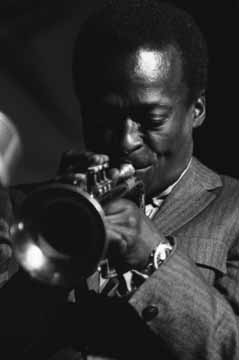 slideshow
The music may never again be a popular force, but it is still swinging if you know where to listen.

Put yourself in this jazz musician's shoes for a minute. Your record label just dropped two of its most acclaimed acts from the roster in order to aggressively pursue pop artists. Still, you think you have a sound that's relevant to the moment and to prove it, you need a stay of execution from what's starting to look inevitable.

So you pick up the phone, dial the label president, and beg for release from the adjective that's become pure poison in the marketplace. “If you stop calling me a jazz man," you promise the boss, “I'll sell more." That's exactly what Miles Davis said to Clive Davis at Columbia Records more than 40 years ago.

This anecdote first related by the record mogul in his autobiography also appears in Jazz, a new, close-listen-ing history of the genre by critics Gary Giddins and Scott DeVeaux. Even though the trumpeter was right Miles's Bitches Brew, complete with psychedelic cover art pitched at the “Summer of Love" crowd, would go gold after its release in 1969 you can't help but read Jazz and not realize that the art's economic fortunes have been dicey for decades.

Every few years, a new piece of data comes along to kick up the hoary question: is jazz dead?

This year has been particularly ominous. In June a National Endowment for the Arts survey found that the number of Americans attending live jazz concerts had declined precipitously and consistently over a 26-year span. That prompted critic Terry Teachout to ask the question “Can Jazz Be Saved?" a new in The Wall Street Journal, which in turn set off a fiery round of objections from musicians in the trenches. Teachout who, in his essay, sadly neglected to promote today's forward--thinking players responded by conceding, sure, there's beautiful music being created, but will an audience ever exist again to pay for it?

Fine, then: it might just be the time to accept that Teachout is, on an economic level, right: as a mass-culture force, jazz is dead.

Simply look at the contemporary brand most familiar to a lay audience: the Marsalis family. In the early '90s, one brother (Branford) was leading Jay Leno's late-night band, while another (Wynton) was the preeminent trumpeter on Columbia, Miles's old label. By the middle of this decade, both of them had lost those public perches and no one has reached that stature since.

Status anxiety over whether up-and-coming jazz musicians can (or are worthy to) succeed their elders has existed since at least 1959, when a trio of instant classics Miles Davis's Kind of Blue, Charles Mingus's Mingus Ah Um, and Dave Brubeck's Time Outall appeared, casting an immediate shadow over the class of 1960. If Miles himself already felt burdened by the word “jazz" only a decade later, you can imagine the weight of history on today's improvisers.

Just out now is a 70-CD box set of Miles's Columbia albums from the period spanning 1955 to 1985 (give Clive Davis credit for sticking with Miles after that phone call). It's a stupefyingly intimidating trove of inspiration that winds through most of Miles's major periods: from bop to modal to light-touch abstraction, on to deep funk and, finally, a bid at mainstream pop. Multi-disc sets of previously unissued live concerts from Ella Fitzgerald and Stan Getz are also competing for the public's limited attention span this season.

So no wonder folks keep saying jazz is dead: devotion to its past is stealing oxygen from the same room in which the present hopes to draw a breath.