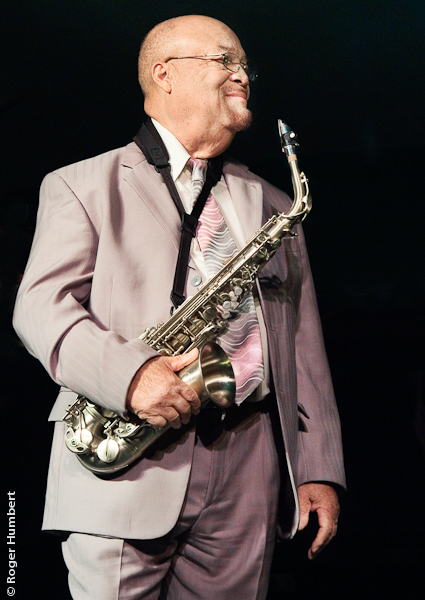 slideshow
One of the still-active veterans of bebop, saxophonist Red Holloway died on February 25th at age 84. And he went down swinging—he had been touring through September 2011 with the Lionel Hampton All-Stars and, although he had postponed some dates this winter, had some upcoming on his 2012 calendar.

Red was best known for his work with Sonny Stitt in the late 70s&#151early 80s, and more recently with Clark Terry and Kevin Mahogany. He was a favorite among vocalists like Etta James, Joe Williams, Carmen McRae and Jackie Ryan.

I saw Red at least twice in the past six or seven years, first at the Dakota Jazz Club with Kevin Mahogany and again, at the Dakota, last fall with the Lionel Hampton All-Stars tour. On that date he was on stage with Fred Wesley, Dianne Schuur, Jason Marsalis and a bunch of our Twin Cities horn stars—Pete Whitman, Adam Rossmiller, Kathy Jensen, Jeff Gottwig. Other than Wesley, Red had a good 30 years on the rest of the band, but he could swing as hard as any.