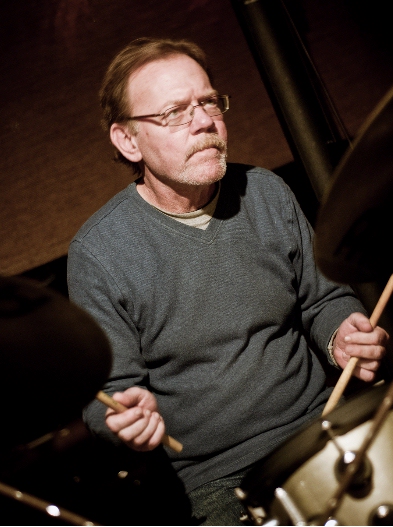 Critics have called Miller “musically inspiring, uncompromising, observant and technically impressive" (jazzreview.com), a drummer with “characteristic flexibility, one that makes it sometime seem as if he's physically steering the band around the turns of whatever tune is rolling past" (Cadence), “the orchestrational drummer of choice" (Jazz Player magazine), and “unbelievably difficult to listen to" (both allaboutjazz.com and his mom).

Additionally, Jim started the Dreambox Media label in 1986 (now with over one hundred releases and winner of Philadelphia Magazine's Best of Philly® award), builds his own drumsets, teaches Advanced Study of Drum set on the Jazz Faculty at Rowan University; is a member of the American Federation of Teachers, Local 2373; and is on the advisory board of JazzBridge.org.

For this special concert celebrating Jazz Appreciation Month, Miller and his co-conspirators will perform unique arrangements of Miles Davis and Thelonious Monk classics as well as two lesser-known John Coltrane compositions, along with a few surprises...because Jazz is “the sound of surprise!"