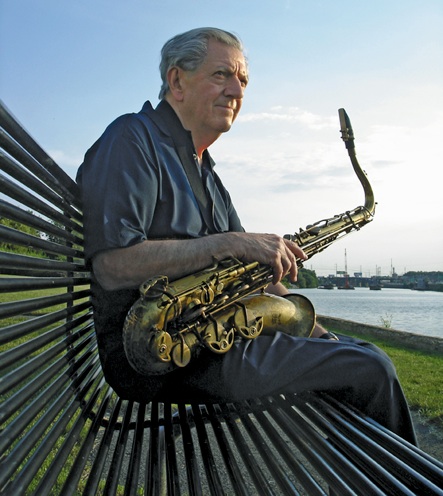 slideshow
Opening our new season of Jazz Bridge Neighborhood Concerts at Jazz in Media! will be saxophonist Larry McKenna at the Unitarian Universalist Church, 145 W. Rose Tree Road in Media, PA, on October 19th, 2011. With him will be vibraphonist Tony Miceli, bassist Kevin McConnell and drummer Dan Monahan. One Show: 7:30-9 p.m. $10/$5 students. No advance sales. For info: 610-745-3011 Free refreshments and free on-site parking.

Singer Denise Montana is hosting all of the Third Wednesdays each month at the Jazz in Media! series through May. For a complete lineup, please visit Jazz Bridge.

Larry McKenna is one of the world's finest jazz saxophone players; he's known for his gorgeous, velvety sound and his fluid, bebop-inspired improvisations. For years, Larry's status as a jazz great has been affirmed by his many fans and the jazz stars with whom he has played and recorded including Woody Herman, Clark Terry, Buddy DeFranco, Tony Bennett, Rosemary Clooney and Frank Sinatra. Larry also is one of the most sought-out saxophone and jazz theory teachers in Philadelphia. He has taught countless students at University of the Arts, Temple University School of Music, West Chester University, Widener University, and Community College of Philadelphia. Larry's influence, spanning decades, can be said to have established a Larry McKenna school of saxophone playing in the Philadelphia region. In addition to being a frequent guest on recordings by other top jazz players, Larry has released three CDs under his own name to widespread critical acclaim. His most recent CD Profile (Dreambox Media 2009), mixes jazz standards with Larry's original compositions. His earlier CDs, It Might As Well Be Spring (Dreambox Media 2001) and My Shining Hour—Music of Harold Arlen (EPE Records 1995), received praise from jazz critics across the United States and Canada and remain in demand.