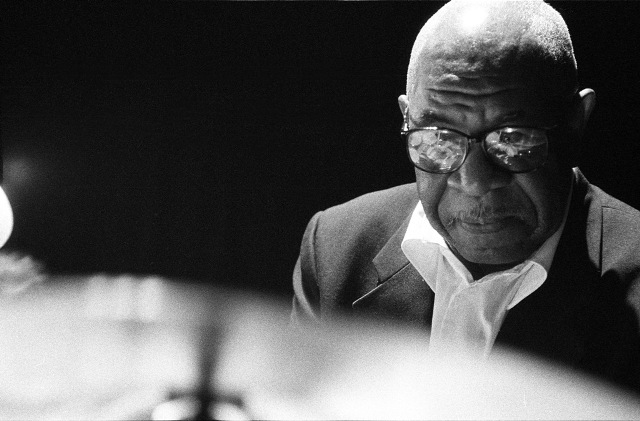 The celebration begins at 8 p.m with the Sticks & Tones Percussion Ensemble, featuring Randy Sutin, Harold E. Smith, Doc Gibbs, Craig McIver and Jim Miller. Then at 9:30 p.m. the Mickey Roker Quartet with Bootsie Barnes, Lee Smith and Lucas Brown take the stage for 90 minutes. There will also be film clips of Philly Joe Jones and musicians who knew him will be on hand to talk about his legacy.

Tickets are $20 and all proceeds go to benefit local jazz and blues musicians in crisis. Tickets can be purchased at Chris' Jazz Cafe or online at http://www.jazzbridge.org/products-page/ For info: call Jazz Bridge 215-517-8337 or Chris' Jazz Cafe (215) 568-3131 or email [email protected]

Jazz Bridge is a nonproft, 501c(3) public charity that assists jazz and blues musicians in crisis from the Greater Philadelphia Metro region.

Joseph Rudolph (Philly Joe) Jones (7/15/1923-8/30/1985) was a Philadelphia-born United States jazz drummer, known as the drummer for the Miles Davis Quintet. Philly Joe Jones was often confused with another influential jazz drummer, Jo Jones. In 1947 he became the house drummer at Café Society in New York City, where he played with the leading bebop players of the day. Among them, the most important influence on Jones was Tadd Dameron. Jones toured and recorded with Miles Davis Quintet from 1955 to 1958&#151a band that became known as “The Quintet." Miles acknowledged that Jones was his favorite drummer (in fact, in his autobiography, Davis admitted to asking other drummers to play that “Philly Joe lick," with mixed results). From 1958 onwards Jones worked as a leader, but continued to work as a sideman with other musicians, including Bill Evans and Hank Mobley. From 1981 he helped to found the group Dameronia, dedicated to the music of the composer Tadd Dameron, and led it until his death.