Jazz At Atlas Kicks Off 2019 Season With Thumbscrew 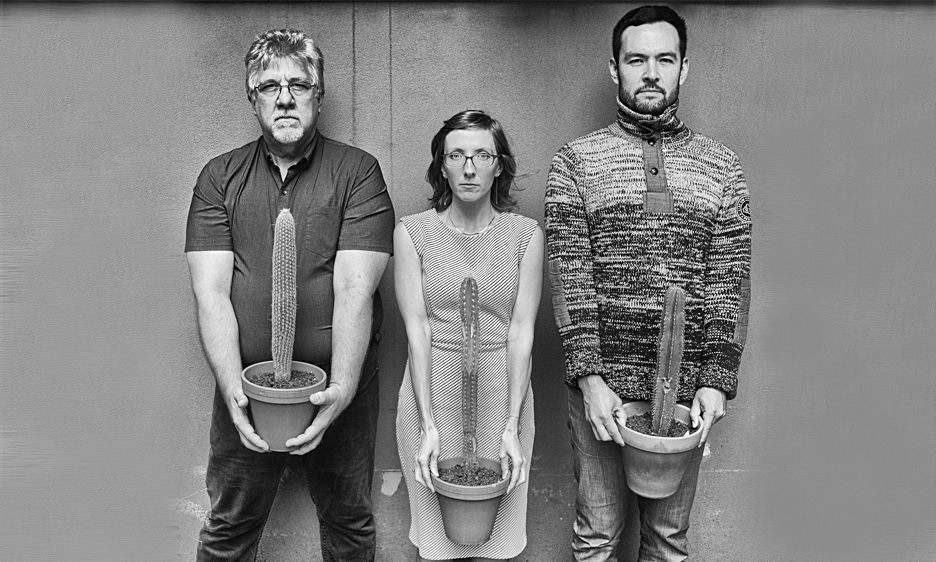 Jazz at Atlas is thrilled to announce its 2019 season, all taking place in the gallery at Atlas Studios in Newburgh, NY. To launch their 2019 season, [email protected] is proud to present the trio Thumbscrew.

This cooperative project features a trio of gifted musicians and composers—guitarist Mary Halvorson, bassist Michael Formanek and drummer/percussionist Tomas Fujiwara—performing their own compositions and selected standards with an exacting prowess wed to a liberated swing that is glorious to behold.

Thumbscrew performs on Saturday, March 30 at 8 PM. Tickets are $20 in advance and $25 at the door—advance tickets are on sale now. Atlas Studios is located at 11 Spring St. in Newburgh, NY. Ample onsite parking is available.

Upcoming concerts as part of [email protected]'s 2019 season include

Sun of Goldfinger—Returning to the Hudson Valley after their memorable closing set for the 2015 Beacon Jazz Festival, alto saxophonist Tim Berne, electric guitarist David Torn and drummer Ches Smith flatten any concept of musical boundaries in this forward-looking ensemble's bracing embrace of the future unleashed within the present moment. The trio will be touring in support of their debut recording for ECM Records.

Ticonderoga—Four phenomenal musicians—Joe McPhee, Jamie Saft, Joe Morris and Charles Downs—invoke the spirit of late Coltrane and their own unique musical paths to forge a stirring, passionate fire sermon of a quartet.

Darius Jones' Shades of Black—Called “the most visceral and distinctive alto saxophonist of this era" by The New York Times, composer/altoist Jones convenes a quartet of outstanding talents featuring Sam Newsome on soprano saxophone, Cooper-Moore on organ and Michael Wimberly on drums.

Karen Borca Quartet—The innovative, criminally under-recognized bassoonist, with decades of experience in the ensembles of such major artists as Cecil Taylor, Jimmy Lyons, William Parker and others, leads this thrilling quartet of veteran creative musicians including Warren Smith on vibes, Hilliard Greene on bass and Jackson Krall on drums.

Guitarist and composer Mary Halvorson has been described as “a singular talent" (Lloyd Sachs, JazzTimes), “NYC's least-predictable improviser" (Howard Mandel, City Arts), “one of the most exciting and original guitarists in jazz—or otherwise" (Steve Dollar, Wall Street Journal), and “one of today's most formidable bandleaders" (Francis Davis, Village Voice), and in recent Downbeat Critics Polls she has been celebrated as guitarist, rising star jazz artist, and rising star composer of the year.

One marker of bassist Michael Formanek's creativity and versatility is the range of distinguished musicians of several generations he's worked with. While still a teenager in the 1970s he toured with drummer Tony Williams and saxophonist Joe Henderson; starting in the '80s he played long stints with Stan Getz, Gerry Mulligan, Fred Hersch and Freddie Hubbard. (As a callback to those days, Formanek recorded with hard bop pianist Freddie Redd in 2013). The bassist has played a pivotal role on New York's creative jazz scene going back to the '90s when he notably led his own quintet and played in Tim Berne's barnstorming quartet Bloodcount. Nowadays Formanek's in the co-op Thumbscrew with Brooklyn guitarist Mary Halvorson and drummer Tomas Fujiwara.

Formanek is also a composer and leader of various bands. His principal recording and international touring vehicle is his acclaimed quartet with Tim Berne on alto saxophone, Craig Taborn on piano and Gerald Cleaver on drums, which records for ECM; 2010's The Rub and Spare Change and 2012's Small Places both earned coveted five-star raves in Down Beat. Formanek writes, and the quartet plays, compositions of great rhythmic sophistication that unfold in a natural sounding way ñ challenging music the players make sound like lyrical free expression. His occasional groups include the 18-piece all-star Ensemble Kolossus, roping in many New York improvisers he works with. Ensemble Kolossus recorded their first CD of all Formanek originals for the prestigious ECM label in December of 2014. The CD, The Distance was released in February 2016 and in addition to numerous other accolades also received a five-star review in Downbeat!

Formanek's other recordings as leader include Wide Open Spaces and Extended Animation for quintet and Low Profile and Nature of the Beast for seven players (all on Enja), and the solo album Am I Bothering You? (Screwgun). Mirage (Clean Feed) is by the occasional improvising trio of Formanek, tenor saxophonist Ellery Eskelin and pedal steel guitarist Susan Alcorn. Thumbscrew's 2014 debut is on Cuneiform Records. Michael Formanek has also made dozens of recordings as sideman, for among others Dave Ballou, Tim Berne, Jane Ira Bloom, Dave Burrell, Harold Danko, Marty Ehrlich, Tomas Fujiwara, Gary Thomas and Jack Walrath.

As composer of works for ensembles from duo to mixed jazz and classical orchestra, Michael Formanek has received institutional support from Chamber Music America, the Mid-Atlantic Arts Foundation, the Peabody Conservatory, the Maryland State Arts Council and the Virginia Center for the Creative Arts. As an educator, Formanek continues to teach bass, composition, and improvisation in a wide range of locations in the US as well as internationally.

Tomas Fujiwara is a Brooklyn-based drummer and composer. Described as “a ubiquitous presence in the New York scene-an artist whose urbane writing is equal to his impressively nuanced drumming" (Troy Collins, Point of Departure), Tomas is an active player in some of the most exciting music of the current generation, with his bands Triple Double (with Gerald Cleaver, Mary Halvorson, Brandon Seabrook, Ralph Alessi, and Taylor Ho Bynum), Tomas Fujiwara & The Hook Up (with Jonathan Finlayson, Brian Settles, Halvorson, and Michael Formanek) and The Tomas Fujiwara Trio (with Alessi and Seabrook); his collaborative duo with cornetist Taylor Ho Bynum; the collective trio Thumbscrew (with Halvorson and Formanek); and a diversity of creative sideman work with forward-thinking peers like Tomeka Reid and Matana Roberts. In The New York Times, Nate Chinen writes, “Drummer Tomas Fujiwara works with rhythm as a pliable substance, solid but ever shifting. His style is forward-driving but rarely blunt or aggressive, and never random. He has a way of spreading out the center of a pulse while setting up a rigorous scaffolding of restraint...A conception of the drum set as a full-canvas instrument, almost orchestral in its scope."

Born and raised in Boston, MA, Tomas studied with legendary drummer and teacher Alan Dawson for eight years before moving to New York at the age of 17. He is currently a member of ensembles led by Taylor Ho Bynum, Mary Halvorson, Matana Roberts, Nicole Mitchell, Matt Bauder, and Tomeka Reid, in addition to projects with artists such as Anthony Braxton, John Zorn, Michael Formanek, Ben Goldberg, and Benoit Delbecq, and has performed at festivals and venues across North America, Europe, Asia, Australia, and the Middle East. He also has many experiences outside the jazz realm, including a five-year run with the Off- Broadway show Stomp and performances with the Tony Award-winning Broadway musical Fela!, featuring Patti Labelle and members of Antibalas.

About Jazz at Atlas

Jazz at Atlas is a cooperative project of musician, writer and multimedia artist James Keepnews, and music researcher, radio host and Triple Point Records owner/producer Ben Young. Along with presenting performances by world-renowned creative musicians, [email protected] will also be offering listening sessions, dialogues with artists and classes covering the entire spectrum of creative music in all its varied manifestations around the world and throughout its history.