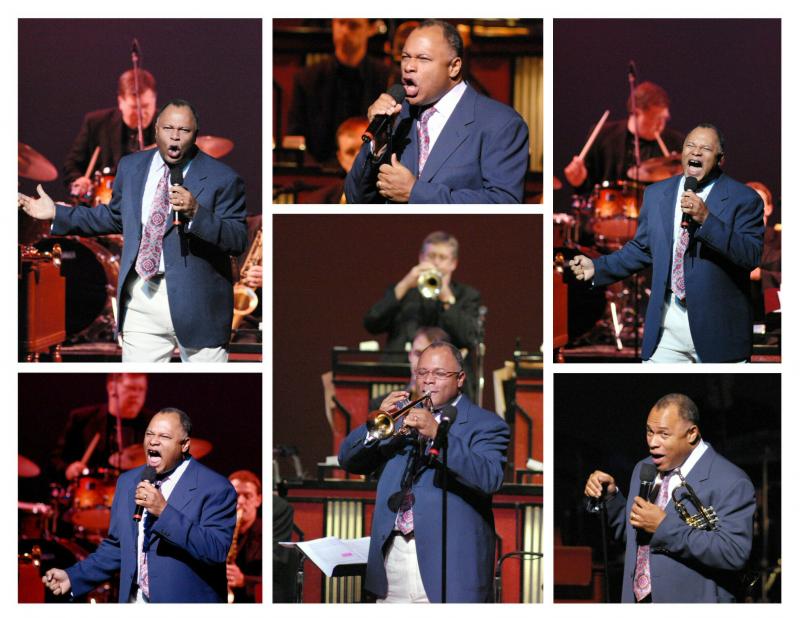 slideshow
The Jazz Arts Group's Inside Track series kicks off the 2011-12 season on September 23 24 at the Lincoln Theatre with “Don't Listen To This!," an evening of music and lyrics that once fanned the flames of controversy, featuring Byron Stripling, Dave Powers, Christian Howes and a pre-concert lecture with the Thurber House.

Music censorship didn't begin in the '80s with Tipper Gore and the PMRC. Dean Martin's hit song “Wham! Bam! Thank You Ma'am" was banned by radio stations for having suggestive lyrics. Rosemary Clooney's “Mambo Italiano" was deemed having lyrics void of good taste. The lyrics of the Cole Porter classic, “I Get a Kick Out of You" were changed for airplay due to a reference to cocaine. And Billie Holiday's version of “Love for Sale" was banned for references to prostitution. Join Byron Stripling and friends for an entertaining and educational look at how censorship has affected popular music even before the birth of rock 'n' roll!

“You'll be amazed by the stories behind these 'banned' songs and learn of their rise into mainstream American culture," shares Stripling. “'Don't Listen To This!' will showcase some of the finest music ever written that you weren't supposed to hear!"

Joining Stripling on stage will be Dave Powers. For over 30 years, Powers has been a vital part of the Columbus, Ohio music scene as a pianist, keyboardist, and vocalist. Considered one of the most successful musicians in the local spectrum, Dave manages to win over the hearts of all who hear him perform. Powers is also a huge collector of music, records and recordings which earned him a radio program called “'78 Corner" on local NPR-affiliate WCBE, so his contributions to the evening should be intriguing.

Also joining Stripling is Columbus native Christian Howes. Following a string of self-produced albums through the '90s, Howes stepped into a larger arena by moving to New York, where he soon became an in-demand figure on the scene. The Minneapolis Tribune calls him “arguably the most intriguing young violinist in jazz," while Downbeat magazine has awarded him the #2 spot in their Critics Poll four times as “Rising Star" jazz violinist.

Come early and enjoy a pre-concert lecture with the Thurber House beginning at 7:30 p.m. where we will discuss banned books and literature throughout history and the cultural climate that made them taboo. This lecture will help kick off the Jazz Arts Group's Inside Track “Think & Drink" event series and the American Library Association's “Banned Books Week." Held during the last week of September, “Banned Books Week" highlights the benefits of free and open access to information while drawing attention to the harms of censorship by spotlighting actual or attempted bannings of books across the United States.

Single tickets are on sale now for $32 (orchestra) and $37 (loge) and are available by phone at 614-469-0939 and through all Ticketmaster outlets. Student tickets are also available for $15 with student ID at the door only. Call 614-294-5200 or visit jazzartsgroup.org for more information.

About the Jazz Arts Group