Along with a great audience who faithfully watches the show and contributes to the improvisational aspect of the music by posting on the live chat, we are fortunate to have generous donors who have sponsored 83 students including 35 students from right here in Talbot County to watch the show for free.
&#151Fred Hughes, Jazz Alive Founder 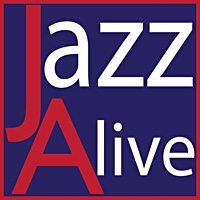 slideshow
Jazz Alive, a Talbot County, Maryland based 501(c)(3) charitable foundation dedicated to the continuation and preservation of America’s indigenous art form, announces the lineup for a new season of their popular live YouTube show, Jazz Tales. Presented in an intimate setting that spotlights each musician's unique musical and personal tale, the show is hosted by Jazz Alive Founder, Pianist Fred Hughes. The hour and fifteen-minute show features live performances and interviews with invited guests who are masters of this great music.

“Along with a great audience who faithfully watches the show and contributes to the improvisational aspect of the music by posting on the live chat, we are fortunate to have generous donors who have sponsored 83 students including 35 students from right here in Talbot County to watch the show for free”, said Jazz Alive Founder Fred Hughes. “These students have been energized to hear the stories of how each week’s guest has reached their level of mastery and we thank our generous donors for giving these students the opportunity to witness creativity in such an up close and personal way.”

The new season of Jazz Tales kicks off Wednesday, January 13th with Bassist Pepé Gonzalez who has performed and recorded with many national and international icons such as Pepper Adams, Clifford Jordan, Slide Hampton, and Dave Valentin to name a few.

Steve Abshire brings his hard swinging guitar to Jazz Tales on February 10th. Abshire, who has appeared in concert with the Great Guitars of Herb Ellis and Charlie Byrd, (filling in for Barney Kessel) and recently with Bucky Pizzarelli and Frank Vignola, can be found on numerous recordings, including six of his own.

Jazz Tales continues February 24th with jazz and world music vocalist, artist educator, and author Imani Gonzalez. Her diverse talents have led to collaborations with many national and international musical ensembles, recordings, film, and television projects. Most notably, Imani’s voice has been featured on many of the National Geographic Television’s Explorer Series soundtracks, including the Emmy-nominated film Jane Goodall: My Life with Chimpanzees.

All shows begin at 7pm. Information and live-stream passes may be purchased at here.