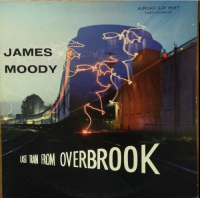 slideshow
James Moody remains one of jazz's most soulful saxophonists and flutists. He had a huge, friendly personality and an ear for taking standards and re-inventing original melodies as a much brighter and hipper renditions. He also was a dynamic songwriter in his own right. But in 1957, at age 32, he enduring a near-catastrophic life-changing turning point.

First, let's back up for a bit of context. During World War II, Moody played in the segregated Army band, and upon his released in 1946, he joined Dizzy Gillespie's first bebop big band (the one with hair-raisers such as Things to Come and One Bass Hit). While in Europe and Sweden from 1949 to 1951, Moody was celebrated there for his originality, lyricism and good cheer. He also found steady work in clubs and recording studios and reverential audiences.

By the time he returned to New York in late 1951, he was a jazz star. His astonishingly sensitive and soulful European recordings for Vogue, Met, Esquire and others had reached the U.S. through mutual distribution deals with American labels. Most notable was his version of I'm in the Mood for Love, which was so inventive that it became known as Moody's Mood for Love.

Back in the States, Moody recorded for Mercury and then Prestige, where he re-recorded Moody's Mood for Love. According to Jet magazine in 1958, he was grossing $100,000 a year in 1952. But creative risks, tireless touring, a relentless recording schedule, success and struggles with racism and personal demons all took a toll. Moody tried to ease the stress with alcohol, but by 1957, Jet reported, he was “penniless and heartbroken."

Fortunately, Moody sought help and was admitted to Overbrook Asylum in what was then Verona, N..J., to be treated for alcoholism and for what we now call depression. Moody at the time was consuming two gallons of wine a day, according to Jet. After eight months of care, Moody was cured and released. [Photo above courtesy of Jet]

The first album he recorded was Last Train From Overbrook for Chicago's Cadet label, which had signed him before he took a medical break. Overbrook remains one of Moody's landmark albums in a career of superb recordings.

One of my favorite tracks on the album is What's New (I'm Free). On the song, Moody's blowing rivals Charlie Parker on Parker's Mood, with its mournful and soulful expressiveness. Other ballads on the album are just as potent, including Don't Worry About Me, There She Goes, Brother Yusef and Yvonne. But Moody's optimism also is firmly represented on songs such as the majestic title track, Tico Tico, All the Things You Are, The Moody One and Why Don't You.

As Moody told Jet in 1958, “It got so that I didn't give a damn if I worked or not. But now I'm staying away from the wine jug. It cost me my health, my career and my self-respect. I'll never touch another drink." And to the best of my knowledge, he didn't. Linda, his third wife whom he married in 1989, was a particularly lovely influence and accompanied him everywhere.

Last Train From Overbrook is a perfect album, especially this week, when we tend to look back at the good and the bad of the past year and tweak what we don't like before the new year starts. It's an album that looks backward and forward at the same time with heart and spirit.