Naylor remains one of the most superbly arresting vocalists around. --JazzTimes 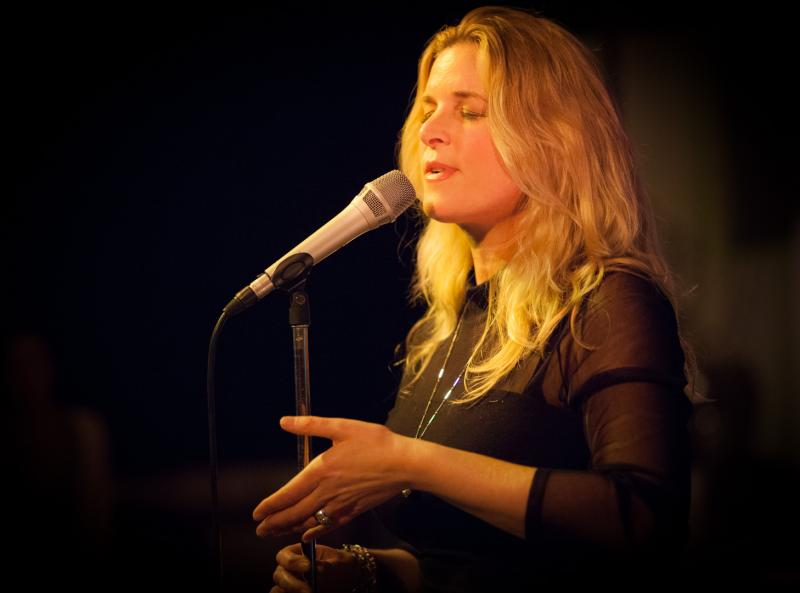 Tuesday, November 17th , vocalist and songwriter Jacqui Naylor returns to Yoshi’s in Oakland with new music and the opportunity for fans to vote. Guests will be invited to rate each song on a 1-5 scale and the artist will include the highest rated on her tenth recording, due out 2016, Ruby Star Records, eOne Distribution. Naylor is recognized for her wide range, unique vocal sound and the rare ability to interpret music of many genres as well as her own original songs. She has a dedicated following worldwide and this year signed with The Art Media Agency. Her native Bay Area concert at Yoshi’s comes on the heels of a recent sold-out European tour.

“Time on the road gives us the creative space to develop and write new music. I’m excited to debut new songs at Yoshi’s and get feedback from my fans,” says Naylor. Concert goers can expect jazz takes on rock classics like Peter Gabriel’s “Don’t Give Up,” David Bowie’s “Space Oddity” and Sting’s “Mad About You” along with intricate arrangements of jazz standards like “Speak Low”, “Charade” and “All or Nothing At All.” The artist will also include new original music. This is not the first time Naylor has asked her fans to vote on songs for a new album. The songs on her 2011 release, “Lucky Girl”, were chosen and even sequenced according to fan ratings.

Though recognized for her original music like “Celebrate Early and Often” used in multiple advertising campaigns, Naylor is equally praised for her sensitive treatment of jazz standards and pop covers like “Losing My Religion.” She and long-time co-writer, arranger and pianist, Art Khu, have an organic way of making every song sound like their own. On her latest Dead Divas Society (eOne / Ruby Star 2013), the standards “Skylark”, “The Windmills of Your Mind”, and “Dream A Little Dream of Me” sit comfortably next to the more recent pop classics of “Back To Black” and “Never Too Much.” The recording pays tribute to the artist’s favorite departed divas from Fitzgerald to Winehouse, Vaughan to Vandross. “Naylor has the chops and sensitivity to pull it off,” says New York Times Magazine.

A master at bringing multiple generations and genres together through song, the artist has garnered much fame through the arranging technique she calls “acoustic smashing,” where she successfully sings the lyrics and melody of a jazz standard over the groove of a well known rock or pop anthem or vice versa. “Jacqui Naylor has brought new twists to the notion of melding jazz and pop tunes—without high-tech assistance,” claims NPR.

Naylor sings “My Funny Valentine” from Rodgers and Hart over the groove of ACDC’s “Back In Black,” “Black Coffee” from Webster and Burke atop Led Zeppelin’s “Moby Dick,” both from You Don’t Know Jacq (Ruby Star 2008), and “Surry With The Fringe On Top” from Rodgers and Hammerstein over George Benson’s “Breezin’,” from Lucky Girl (Ruby Star 2011). On Dead Divas Society, Naylor sings the Nina Simone made classic “Feelin’ Good” over the groove of Bob Marley’s “I Shot The Sheriff,” like they were written together.

Naylor’s recordings have made the top 10 albums of the season in USA Today, Jazziz Magazine and The Washington Post and her original compositions have been featured in films and national advertising and political campaigns. Her albums are available throughout the United States, Europe and Asia and she tours regularly in these regions at esteemed venues, including Ronnie Scott's London, Birdland New York, Jazz Alley Seattle, Snug Harbor New Orleans, Jamboree Barcelona, Jazz Club Istanbul Turkey, Women in Jazz Festival Germany, Reus Jazz Festival Spain, Monterey Jazz Festival, San Francisco Jazz Festival and all Blue Note Clubs in New York, Milan and Japan. A full length feature film, A Portrait of Jacqui Naylor, was created about this artist, released in 2012, distributed by eOne Entertainment.

Naylor performs with her pianist, guitarist, arranger and co-composer of many years, Art Khu. With them at Yoshi’s will be long-time band member’s Josh Jones on drums and Aaron Germain on bass.

Live concert and the opportunity to vote on new music from Jacqui Naylor.