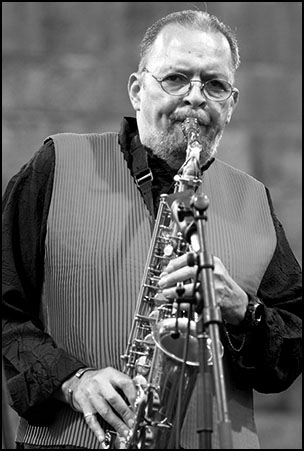 slideshow
During the mid-to-late 1960's, alto saxophonist and composer Jackie McLean cut a number of recordings with a rotating cast of fellow instrumentalists that had one foot squarely in the bebop and hard-bop camp, and and the other foot searching and probing for what lay with the freedom expressed by the likes of Ornette Coleman and Cecil Taylor. What is so fascinating about this music, and McLean's music to follow during the next few years is that he is pioneering “Free-Bop" an open ended form of music that keeps form and function, but allows greater opportunity for the musicians to express themselves. He was not alone in this quest; at the same time Miles Davis was investigating greater freedom with the likes of George Coleman and Sam Rivers, and John Coltrane and Eric Dolphy were making waves that scandalized the jazz press of the time. Recorded in 1963, the band on this album consists of Grachan Moncur III on trombone, Jackie McLean on alto saxophone, Bobby Hutcherson on vibraphone, Eddie Khan on bass and Tony Williams on drums. The music is very compelling and exciting, with two versions of “Saturday and Sunday" bookending the album, with a joyous theme making way for savvy improvisation. Tony Williams was barely eighteen years old at this time, but with the maturity and unpredictability of his playing foreshadows his great work with Miles Davis and as a solo artist. “Frankenstein," with its theme lurching and lunging like the Doctor of lore uses trombone (Moncur is notable as a composer as well as an instrumentalist) and vibraphone to give the music a much different feel than standard hard-bop. McLean revels in this open atmosphere, swirling his tart, citrus flavored alto saxophone throughout the music. “Ghost Town" takes this openness and move it into a slower tempo, giving the music a haunted and lonely feel that borders on the desolation of the title. This was a very exciting and continually fresh sounding recording. All of the musicians on this album were looking for new ways of musical expression and to hear them all come together is a joyful experience. One Step Beyond&#151amazon.com