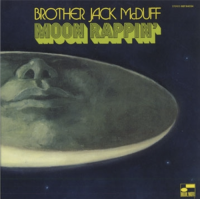 slideshow
As years go, 1969 was a doozy. The country had just come off of two horrible assassinations in 1968 along with news of the Mai Lai Massacre. The following year began with President Nixon's inauguration in January. Any hope that Teddy Kennedy would replace his slain brother in Shakespearean fashion was dashed with the Chappaquiddick incident in July. The Manson “Family" slaughtered seven people in August in L.A. Woodstock was held later that month in New York, followed by Altamont in California in December and the fatal beating of a Rolling Stones fan by the Hell's Angels. Much more happened that year that signaled a major shift in the culture.

On the music front, FM radio and album rock were on the rise along with jazz-rock fusion. The hybrid was an attempt by jazz record labels and younger jazz musicians to remain relevant and solvent as electric instruments and English rock bands commanded increasingly larger budgets and audiences at theaters, festivals and arenas. Miles Davis had crossed over with Bitches Brew, recorded a day after Woodstock and released in March 1970. Others such as Tony Williams, Gary Burton, Freddie Hubbard, Larry Coryell, Dreams, Don Ellis and Soft Machine also tossed their hats in.

Add to the list Brother Jack McDuff. In December 1969, the organist recorded Moon Rappin', his most ambitious and adventuresome blues-fusion album that featured McDuff in an experimental phase and Richard Davis playing a spectacular electric bass.

Byrd used a wah-wah pedal with his guitar, Dukes played rock drum patterns and Davis's pronounced bass alternated on songs between straight-ahead jazz lines and funk riff lines. In many ways, this is Davis's album as much as McDuff's. All of the tracks were written and arranged by McDuff, who keeps the ear busy with shifting rhythms, textured instrumental layering and songs that constantly evolve. DuShon's avant-garde vocals appear on two tracks. Moon Rappin' was a breathtaking break from the typical blues-'n'-grits albums McDuff recorded during this period. Interestingly, McDuff produced the album and was given free rein. [Photo above of Jerry Boyd]

I love this album. A funky tribute to the gray, pocked sphere conquered four months earlier by Neil Armstrong and Buzz Aldrin. McDuff kept the blues-fusion party going with his next album, To Seek a New Home, which is equally interesting.