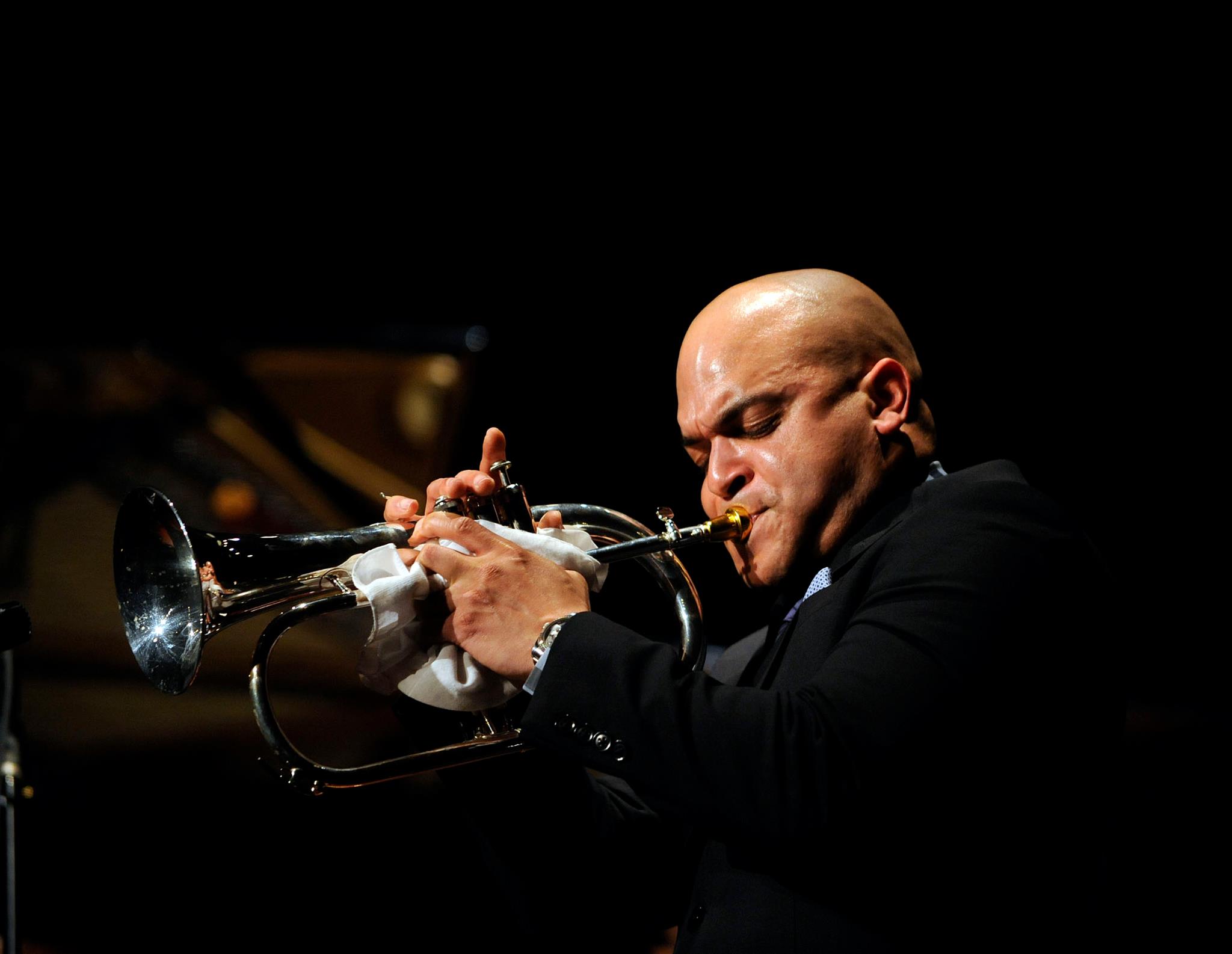 (NEW ORLEANS, LA -- The New Orleans Jazz Orchestra (NOJO) is proud to announce that BOOK ONE, its latest release on World Village, has been nominated for the 2010 Grammy Award for the “Best Large Jazz Ensemble". Under the artistic direction of founder Irvin Mayfield, NOJO's BOOK ONE is a contemporary and innovative collection of original compositions influenced by New Orleans evolving jazz culture. Mayfield, a Grammy Award-nominated and Billboard Award-winning trumpeter, composed, arranged and conducted the 15-piece orchestra's inaugural CD. Featured musicians include saxophonist Ed “Sweetbread" Peterson, clarinetist Evan Christopher, trumpeter Leon “Kid Chocolate" Brown, and vocalist Johnaye Kendrick and John Boutte. “Everything in Jazz comes back to New Orleans and we are honored that the Grammy Academy is spotlighting the Jazz renaissance in New Orleans," states Mayfield. 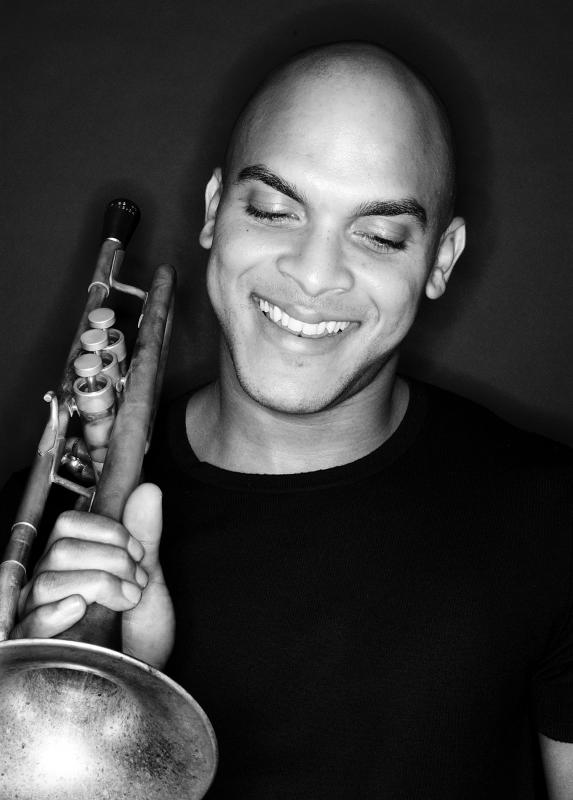 The New Orleans Jazz Orchestra, founded in 2002 by the 31-year old Mayfield, tours and performs at premiere venues and performing art centers across the country. Mayfield, who will be performing live on NPR's Toast of the Nation on New Years Eve, from the Dakota Jazz club in Minnesota, is currently composing the Elysian Fields Commission, an orchestral work commissioned by the University of New Orleans. It will premiere at commencement in the spring of 2010 and on the Champs Elysees in France. NOJO is also planning the Irvin Mayfield and the New Orleans Jazz Orchestras' Road To Carnegie Hall Tour that includes a stop at the Playboy Jazz Festival in the summer of 2010. “BOOK ONE confirms that large jazz ensembles can create original music that appeals to existing and new audiences." said Ronald Markham, NOJO's president and CEO. Mayfield, who serves as the Cultural Ambassador for the City of New Orleans and State of Louisiana, is also a professor at the University of New Orleans' College of Liberal Arts where he teaches New Orleans As Discourse. He was also appointed artistic director of jazz for the internationally acclaimed Minnesota Orchestra in 2008."The nominations this year truly reflect the talented community of music makers who represent some of the highest levels of excellence in their respective fields," said Neil Portnow, President/CEO of The Recording Academy.

As a non-profit organization, NOJO fortifies the jazz industry through performances, education, media platforms and economic development. Towards this end, NOJO founded the New Orleans Jazz Institute at the University of New Orleans where it operates a Saturday Music School for elementary school students. NOJO also partners with the Royal Sonesta Hotel where it launched the Irvin Mayfield's Jazz Playhouse, a branded entertainment venue that employs over 50 Jazz musicians weekly. Other partners include Tulane University and the World Village label, a subsidiary of Harmonia Mundi. The critically-acclaimed BOOK ONE, which originated as a commission for the Episcopal Church, “moves from swinging to strutting just as naturally as New Orleans does." according to the Louisiana Weekly. BOOK ONE's improvisational moments explore post- Katrina stagnation, the ongoing financial crisis and the resilient jazz culture of New Orleans. Songs include “7th Ward Blues" which pays homage to the Creole neighborhood that gave birth to Jelly Roll Morton and Sidney Bechet. “Sweet Bread on the Levee," features Ed Petersen, who unleashes an unbridled, free-movement that is filled with intrigue and soul. “In Love All Over Again," is a lush, sexy musical interlude that features Johnaye Kendrick, a recent graduate of the Thelonious Monk Institute of Jazz. Written by Mayfield, the song reflects an experience that led him to fall in love with music - and New Orleans - all over again. “Creole Thang" features rising clarinetist Evan Christopher. “Somebody Forgot to Turn the Faucet Off (probably Steve)" features the slide Trombone of Ron Westray, whose urgent sounds are a metaphor on the failed levees in New Orleans. “Mistress" is a gritty and emotional tune that explores “that woman" who understands sex and adventure. “Richie Can Count," features Leon “Kid Chocolate" singing and scatting in an amusing exploration of numbers and bailouts. The tune takes its name from Mayfield's 4-year-old son's ability to string together numbers and is inspired by today's financial turbulence. “Beat" is inspired by the Cuban big bands and illustrates the connection between Havana and New Orleans. “Move On Ahead," which features vocalist John Boutte, is a rhythmic foray into the echoes of 1960s New Orleans R&B. Book One is available at iTunes, Amazon and select retail outlets.

ABOUT THE NEW ORLEANS JAZZ ORCHESTRA

The New Orleans Jazz Orchestra (NOJO) is a performing-arts organization that strengthens the business of jazz through performances, touring, business development, recordings and media platforms. Founded in 2002 by trumpeter, composer, arranger and bandleader Irvin Mayfield, NOJO's mission is to inspire freedom and culture in the individual and the global community by creating authentic, engaging jazz experiences while celebrating the origins and transforming the future of jazz. A non-profit organization, NOJO is engaged in innovative partnerships with the University of New Orleans, where it established the New Orleans Jazz Institute, and Tulane University. NOJO performs in the form of a big band and other configurations. For more information, please visit thenojo.com.