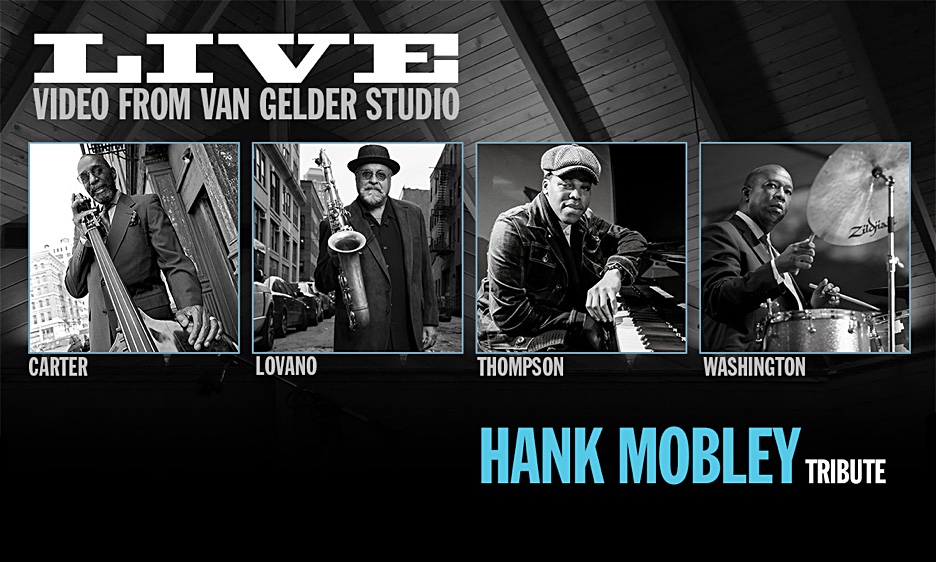 The series will debut on Saturday, November 14th at 9PM EST and will feature an all-star quartet who will pay tribute to jazz great Hank Mobley, whose most beloved recordings turn 60 this year. Performers include bassist Ron Carter, tenor saxophonist Joe Lovano, pianist Isaiah Thompson piano and drummer Kenny Washington, along with surprise guest performers.

Carter is a music legend recognized as the most recorded jazz bassist according to Guinness World Records. He has been recording in the Van Gelder Studio for over 60 years and is the catalyst for this first-ever live event from the studio.

“Live from Van Gelder Studio" is expected to continue through 2021 with a 10-show immersive and interactive program. The series will feature talent from original seminal recordings joined by multi-generational artists who will pay tribute to important records that were originally put to tape within the five walls of the studio. Tickets can be purchased directly on the site for $15. 2021 shows will be announced in the near future.

Performances will be live streamed using a new technology built from the ground up that is true to the Rudy Van Gelder sound. It will allow audiences to fully experience the unique studio and its sound in their homes. Upcoming experiences will be crafted to make the audience and musicians feel like they are at an actual live performance.

About Live from Van Gelder Studio

“Live from Van Gelder Studio" is created and produced by a team of jazz industry veterans including:

“If there is one thing that 2020 has taught us, it’s that innovation is required," says creator, producer, and musician Don Sickler. “One of the unfortunate outcomes of the pandemic is how it has affected musicians, many of whom earn their living playing live. This series will allow us to open up our doors again and for the first time, give a global audience a behind the scenes peek at our famed sound. One you can hear and see.”

The series is designed to pay homage to the unmatched legacy of Rudy Van Gelder, who launched his recording career from his parent’s living room in Hackensack, NJ recording the most significant jazz artists of the day including Thelonious Monk, Miles Davis and Clifford Brown, to name a few. Van Gelder dreamed, planned and built his renowned Englewood Cliffs, NJ studio from scratch, innovating at every turn. That studio opened in 1959 and is still actively recording today. Sounds captured in the studio can be heard every moment of every day in any corner of the globe. A working piece of art in acoustics, improvisation and physical beauty, Van Gelder Studio is a historic landmark. From its architectural roots to the artists that have recorded under its roof, the space is a stunning Mid-Century Modern trove of treasures. Its beautiful cathedral-like ceiling of Pacific Northwest timber has rarely been seen outside the small circle of important artists who have recorded there which includes Duke Ellington, Ray Charles, John Coltrane, Hank Mobley, Sonny Rollins and so many more great jazz artists.

Partnerships and collaborations are already in the works with synergistic ﻿brands like Qobuz, worldwide leader in 24-Bit Hi-Res streaming.

For business and brand inquiries