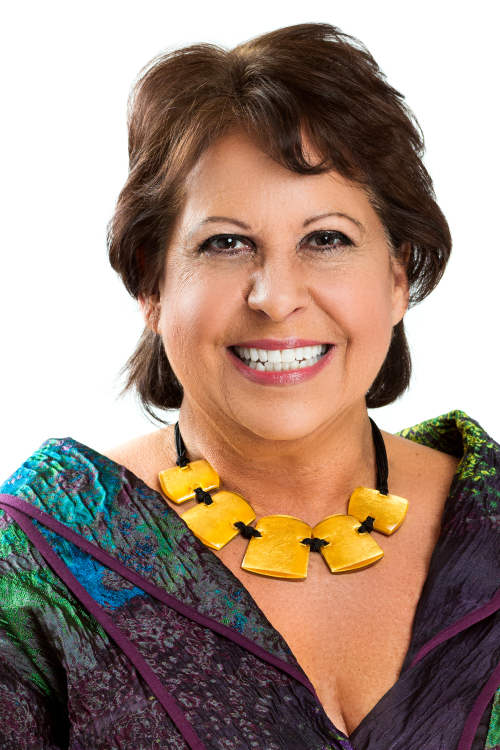 slideshow
I came upon Stephanie Nakasian in 2009, shortly after the released of Stephanie Nakasian: Lullaby in Rhythm, A Tribute to June Christy (V.S.O.P.). Few singers were paying much attention to Christy then, and Stephanie did a wonderful job. While she didn't try to channel Christy, she did have a fine sense of Christy's dry exuberance and hip phrasing. Stephanie's rendition of Interlude still knocks me out.

If you're in New York on June 5, Stephanie will be appearing at Birdland with Michael Kanan (p), Ari Roland (b) and Fuku (d). For more information, go here. In advance of Stephanie's gig, I thought it was high time to interview her:

JazzWax: You grew up in Bronxville, N.Y. What shaped you musically as a child?

Stephanie Nakasian: Music was important in our home. My father, Samuel, was Armenian and had fled the Turkish genocide at age 4 with his mother and sisters. His father had been murdered. In the U.S., he became a lawyer and a famous economist and Marshall Plan architect with an expertise in oil and gas. My mother’s father was the Austrian ambassador to the U.S. and became head of the diplomatic corps in Washington, D.C., where my parents met.

JW: What did your mother do?

SN: My mother, Patricia Prochnik, was in the Red Cross during World War II. She was supersmart and self-taught but never got to finish college. She became a mom. I have three siblings—Stirling, Suzanne and Stacey.

JW: When did you start singing?

SN: In Bronxville. My parents belonged to a local Dutch Reformed/Presbyterian church. I sang in the choir and in the school choir.

JW: Did you study an instrument?

SN: Between ages 4 and 8, I studied piano locally until my teacher said she couldn’t take me much further. She recommended Edgar Roberts, a teacher in New York. So at age 8, I started traveling into the city with my mother for piano lessons. Edgar was a professor at the Juilliard School of Music.

JW: You also studied the violin?

SN: Yes, with a teacher who played with the New York Philharmonic. Each summer, I went to a music sleep-away camp in New England. We went to Europe on tour with the band, orchestra and chorus. From the start, music was more than just lessons. It was a language, something you shared with a community of family and friends.

SN: Not much. I listened mostly to rock, pop, Broadway musicals, classical albums and my mother’s big band records. The ‘60s and early ‘70s were good years for songs on the radio—the Beatles, Joni Mitchell, Carole King and even Barbra Streisand. I loved singing along with Barbra on her albums.

JW: Were you parents musical?

SN: My mother sang American songbook standards around the house all the time. She had a beautiful singing voice. In the 1940s, she had a short career as nightclub singer and appeared with Bob Crosby’s band and at U.S.O. events.

JW: At Northwestern University, you majored in economics and completed an MBA. How did you wind up a singer?

SN: In high school, I was a good math and economics student. My dad wanted me to go into banking. I had worked at Citibank during the summers in high school. When I applied to Northwestern, the university offered me a free year if I committed to their MBA program from the start. It was a three-year bachelor program followed by a two-year MBA program. I majored in economics.

SN: I was naturally business minded. I was smart, I worked hard and was a good student. But I missed the intimacy of people, and I had a bigger vision for what I could contribute to the world besides getting rich and making others rich.

JW: What was the turning point?

SN: After I graduated from business school, I worked at the First Chicago Bank in Chicago. Then I was transferred to New York, where I worked in their currency trading and lending division.

JW: Where did you live?

SN: On 54th Street and Second Avenue. In the city, I began taking meditation and Sufi classes. They opened my mind and made me think twice about a business career. I decided to take a year off and traveled to Morocco and Europe. When I returned to New York, I quit my job.

JW: How did you wind up listening to jazz?

SN: Around this time, my family moved to Charlottesville, Va, from Bronxville. On one of my visits, my sister, Stacey, introduced me to her friend, Tucker. He said his uncle was a jazz pianist who played at Gregory’s, a club on 63rd Street and First Avenue near my apartment. He said I should go.

JW: What did you do?

SN: Back in New York in July 1980, I went to Gregory’s. That’s where I first heard Hod O’Brien. He was the house pianist and played there five nights a week with Joe Puma on guitar and different bass players. Tucker was the son of Hod's sister, Debbie. [Photo above of Stephanie Nakasian and Hod O'Brien]

JW: What did you think?

SN: I loved Hod’s playing. I loved everything about him. He was handsome, cool and swinging. His music was alive. He looked young and vibrant.

JW: At the time, where were you working?

SN: After I returned from Morocco and Europe, I had taken a currency consulting job with the New York Stock Exchange to pay my debts. I also wanted to see if business was still a good career move. I soon began to notice that all of my Wall Street friends were burning out in their 20s. Meeting Hod convinced me that business wasn’t a life for me.

JW: How long before you got up the courage to introduce yourself to Hod?

SN: One set. It didn’t take courage on my part. I knew his nephew, and Hod was sweet when I introduced myself. I asked if I could sing for him. I had a piano in my apartment. He came over and we played and sang. Music and love. I was in heaven. He said he was amazed how well I sang and that I sounded like Ella Fitzgerald.

JW: How long before your relationship with Hod turned romantic?

JW: You also began performing together.

JW: That’s a big decision, to abandon a career in business for a life in jazz. Were you apprehensive?

SN: I was scared to death. After seven months of Wall Street by day and jazz singing by night, I realized I had to give a singing career a full-time shot. So I threw a “coming out” party and told everyone at the party that I was going to try singing for five years. If that didn’t work out, I’d go back to Wall Street. I was 26 and in love. Everyone thought I was crazy. I just followed my heart and hoped things would work out. And they did.

JW: Did you take voice lessons?

SN: Once I started singing with Hod and committed to becoming a professional singer, I knew I needed to study voice. Otherwise, there’s was a big risk of hurting my voice and damaging it permanently. Alicia Sherman, a singer at Gregory’s, told me about a terrific teacher, Joseph Scott. He taught everyone from rockers to opera stars. He taught me how to use my voice safely without too much heady formal training.

JW: What was the big turning point for you professionally?

SN: When I sang with Jon Hendricks & Co., from 1982 to 1983. He started Jon Hendricks & Co. in 1981 to carry on the vocalese singing tradition of Lambert, Hendricks & Ross. I was so new to jazz, I knew nothing about Jon. I just went to the audition and sang. Every singer in New York had tried to get that job. They knew all the history and all the solos. I just sang, and they heard what I had. I replaced Michele Hendricks, Jon’s daughter, who was leaving.

JW: How did singing with Jon Hendricks & Co. change you?

SN: It was an apprenticeship for me. I learned to phrase well and I learned to scat. I also learned the repertoire of classic jazz and how to sing like a horn. It was graduate-level vocal jazz training.

JW: Your tribute album to June Christy recorded in 2002 and released in 2008—Lullaby in Rhythm—is terrific. Why Christy?

SN: People kept telling me my voice reminded them of June’s, but I had never heard her. So I bought a couple of her albums. I could hear the similarities. I started singing songs she made famous, and the next thing I knew I was performing tributes to her with arranger and conductor Pete Rugolo and Stan Kenton tribute bands. We toured all over the country.

JW: From your perspective, what was special about Christy’s sound?

SN: June is swinging, very cool, expressive and harmonically advanced. The songs she sang and Pete’s arrangements for her were fabulous. June, Ella Fitzgerald and Sarah Vaughan remain my biggest jazz influences

JW: How did Hod propose?

SN: We were together for 14 years. When we decided to have children, we discussed marriage and took the plunge. We married in November 1993.

JW: What did Hod teach you about singing?

SN: He taught me to sing cool and relaxed, and to swing. I’m sure my scat singing and rhythm come right out of his improv concept rooted in classic bop and swing. Working with Hod was a mentorship with a bebop genius.

JW: Do you miss Hod?

SN: Wow. Every day. He passed in 2016. I guess it gets a little easier over time but there are moments when I fall apart. I push on and sing and live and love. I’m thrilled about the success and prowess of our daughter, singer Veronica Swift. But missing Hod is always there. It’s still hard to listen to his records or our records. I hope this will change. I loved his touch and his music so much. Singing helps. [Photo above of Hod O'Brien and Stephanie Nakasian flanking daughter singer Veronica Swift]

JW: What will you be singing at Birdland on June 5?

SN: I don’t know yet. I like to be spontaneous. I’ll sing standards, bop tunes, Latin songs, some bluesy things and even some seldom-heard songs by Billy Strayhorn and Tadd Dameron. I’ll also probably sing songs from my 13 CDs. I love singing obscure songs, but it’s hard to stump a New York audience. They know so much. As always, it will be personal and deep.

SN: I’ll be channeling Hod while I sing. I always do.

JazzWax clips: Here's Stephanie singing East of the Sun, with Hod O'Brien on piano in 2011...

Here's Stephanie singing The Days of Wine and Roses with O'Brien on piano and Harry Allen on saxophone...

And here's Stephanie singing Something Cool in 1999, with with composer-arranger Pete Rugolo conducting...