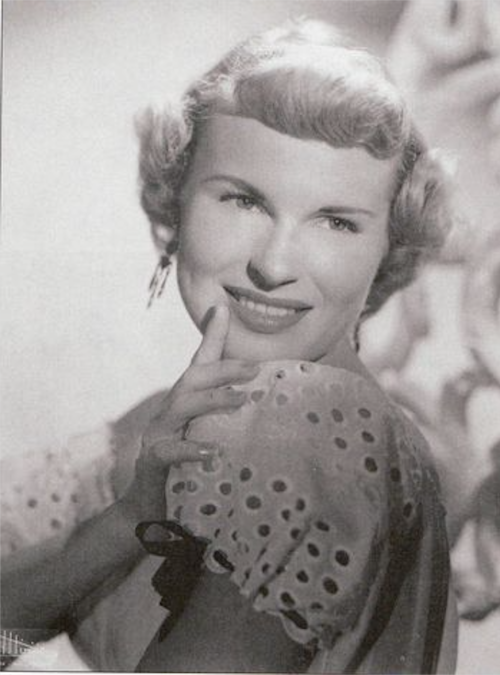 slideshow
It seems everyone has a good Benny Goodman story, and the best often are from those who actually worked for him. In fact, in his lifetime, Goodman may have generated as many great stories about his flinty personality as he did hit singles. Vocalist Betty Bennett sang with Goodman in 1959 and, like many other artists, didn't have an easy time of it.

In Part 2 of my two-part e-conversation with Betty, the seasoned big band vocalist (and guitarist Mundell Lowe's wife), reflects on her time with the King of Swing—offering a rare glimpse from a woman's perspective:

“Benny was notorious for his lousy treatment of his girl singers. He called me 'chanteusie' and traveled for a while on the bus rather than by car just to sit beside me. He sat next to me so often that the cats in the band told me to get it on with him, though they used a cruder word for it. Their motive was to get him off the bus.

“I turned Benny down, and he finally left the bus for his car. But boy did I pay for it over time. Every night before the gig, the band would stop at a liquor store and stock up. At first, I stayed on the bus. I wasn't much of a drinker, and they always asked me if I wanted something. But after about two weeks with Benny on the band, I was the first one off the bus.

“Martha Tilton was supposed to do the 1958 tour but had passed, and the band was playing concert halls instead of ballrooms. Pianist Russ Freeman and I had worked together at Shelly's Manne Hole for months. Benny asked him if he knew a girl singer for the tour, and Russ recommended me. [Pictured: Betty Bennett in the late '50s]

“When I returned Benny's call, he asked me to bring a couple of the Shorty Rogers arrangements along from my album Nobody Else But Me. Benny had heard the album and liked it. When I flew to New York for the rehearsals before the band headed out on the road, Benny had the band play one of them down and OK'd it for the book.

“Benny seemed to go out of his way to be nasty. I didn't have a ballad for the band's show but at the time I had been singing Angel Eyes. Russ and I ran it down for Benny as he lay on the floor with his eyes closed. After we finished, he waited a beat and said, 'Are you through?' [Pictured: Betty Bennett in the late '50s]

“The first night the band played the so-called approved Shorty Rogers arrangement, I sang the first chorus. I could hear the band sounded pretty terrible. The arrangement changed keys, and the band played a chorus. The cacophony was incredible. I figured Benny was going to stop the band but he didn't. Instead, he motioned me back to the mic.

“I tried to indicate that the band wasn't playing in my key, but he insisted I sing it anyway. I somehow managed to get through it. The problem, I found out later, was that the stage manager had turned off the band's stage lights and the musicians couldn't see their parts.

“After, Benny ordered me to come to his dressing room with Russ. He asked me who wrote the song. I told him Matt Dennis. Benny claimed he hadn't heard of it and that it was a terrible song. Russ tried to telll him that Ella Fitzgerald had recorded it. Benny didn't care.

“When I sang the song the next night to nice applause, Benny glared at me the whole time from then on. The next afternoon he told me I'd be singing a couple of his old girl-singer tunes like And the Angel Sing and Ridin' High. The latter one is quite difficult, especially the bridge.

“So Russ and I rehearsed the song that afternoon, and Benny put it on the program that night. At the end, there was a little sort of bebop figure that I sang with suitable hip syllables. Benny played it with me in unison, except he would play that laughing clarinet sound along with the syllables.

“What a cruel man. Every night the band would line up outside the bus, and as I'd walk by in absolute shock they'd all hug me and ask me to hang in there.

“I asked them if it was specifically me or just the girl singer who was punished this way. They assured me that Benny's behavior wasn't me. Small comfort.

“The final blow came when Benny hired a college vocal group to tour with us for the few weeks that remained. He obviously fancied the young girl singer, and she soon began to sing tunes with the band.

“Benny would introduce her and say how great she was and that she was only 18 years old. When it came time for me to sing, he'd merely introduce me as the band's 'girl singer'—no name.

“On our last night, when my songs were finished, I rushed upstairs, took off my makeup and gown, and got ready for our last bus trip to New York. Then the band manager came up and told me that Benny wanted us all onstage for a final introduction. So I had to put my makeup on again and stood backstage, ready to be introduced.

“But Benny completely ignored me and didn't mention me at all. I ran upstairs, locked the dressing room, and refused to come out. Of course, eventually I did. Benny tried to apologize to me later, but I just looked at him as coldly as I could.

“Pepper Adams [pictured], who also was on the band, told me how much he'd enjoyed working with me and gave me some wonderful compliments. Good thing, as I felt like a complete failure. Unbelievably, a year or so later he called Andre [Previn] and asked for my phone number.  He told Andre I had had a ball on the band and that he wanted me back! I declined, with a no thanks.

Parting words on Conte Candoli and Shorty Rogers. “It would be hard to say who was nicer, Shorty or Conte [pictured]. I never heard Conte say an unkind word about anyone, and I used to prod him about guys I knew he didn't really like. We were an item for a long time and when I left Charlie Ventura's band after it broke up, I worked in San Francisco for a long time, where I met Andre Previn [Betty's second husband].

“As for Shorty Rogers [pictured], he was just about the dearest person I had ever met, with Bob 'Coop' Cooper running a close second.

“I'm now 89 and in great health, and I'd go back on the road in a minute. Despite the primitive conditions of touring with a big band back then, I had a ball."

JazzWax tracks: In May 1990, Betty Bennett recorded a sublime album with first-rate swingers&#151Bob Cooper (ts), George Cables (p), Mundell Lowe (g), Monty Budwig (b) and Roy McCurdy (d). The album is The Song Is You, and it was recorded in Hollywood.

JazzWax pages: For more on Betty, grab her autobiography, Betty Bennett: The Ladies Who Sing With the Band (Scarecrow). It's out of print, but you can find copies on Amazon here.