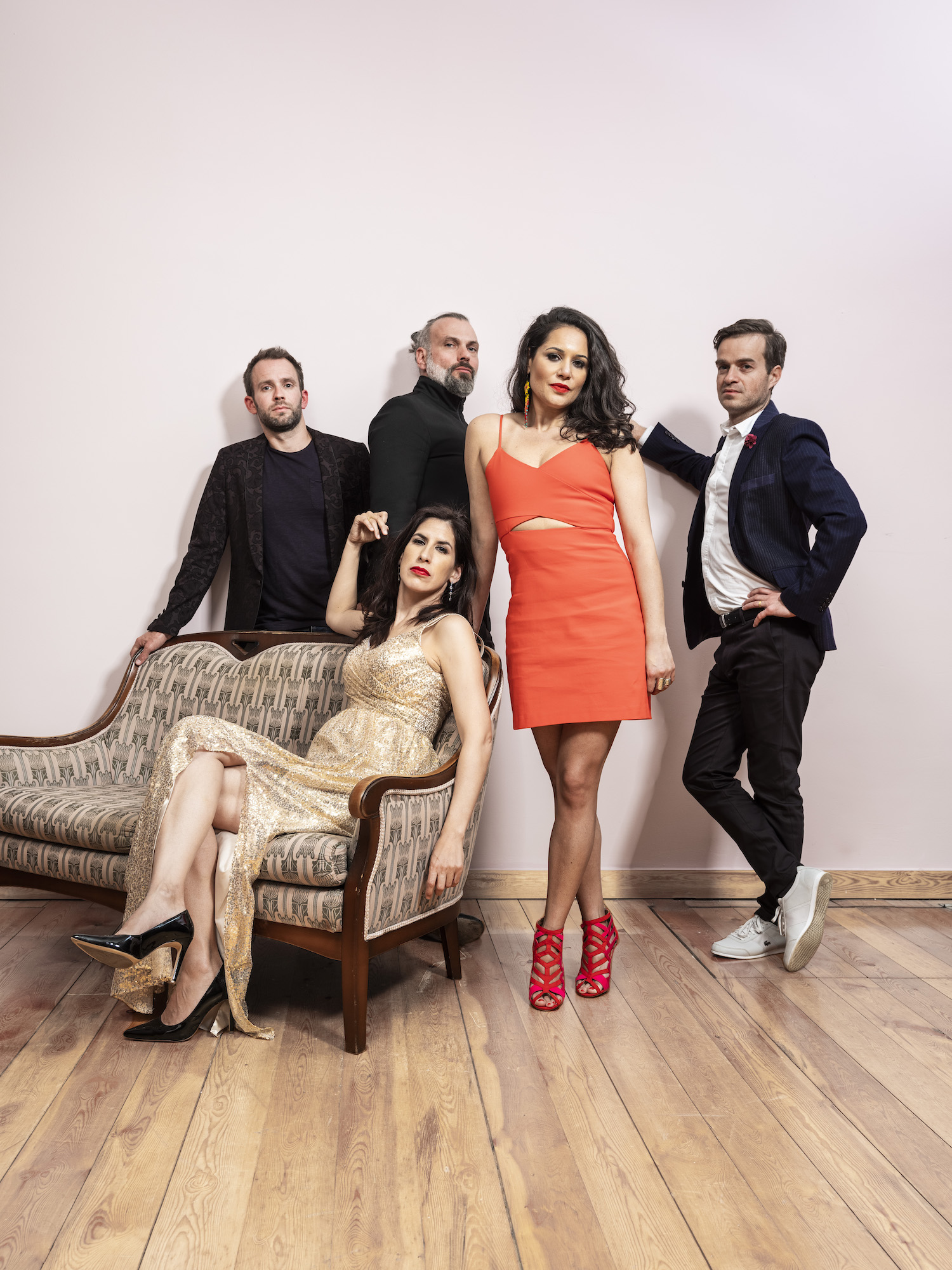 slideshow
The multinational 5-piece, Emoción, will celebrate ten years of performing together with a U.S premiere at Jazz at Lincoln Center's Dizzy's Club on July 10th. The group's blend of nationalities reflect the rich global fusion of their repertoire and their belief in the universal power of music. Comprised of a Lebanese vocalist, Peruvian violinist, German-Venezuelan cellist, Belgian pianist and German percussionist, the band met in Doha, Qatar, in the Middle East, where four of the musicians were members of the Qatar Philharmonic Orchestra. The ensemble entertains international audiences with a set list including everything from Piazzolla to Sting and their own original material, all strongly influenced by what originally inspired and united them- a passion for the sounds and rhythms of Tango Nuevo.

Over the decade they have performed together, they have played in sold-out venues across Europe and the Middle East, including a collaboration with world-renowned U.S trumpeter, Dominick Farinacci, at the St Regis Jazz Festival in Abu Dhabi, but this show at Dizzy's will be their debut in the States. The group's pianist and Musical Director, Joris Laenen says, “ We're excited to be playing our U.S premiere in such an iconic venue. Having been inspired by so many jazz legends who've performed there, it will be very special to bring our set to that auspicious stage and become part of the Jazz at Lincoln Center story.

Emoción's live performances have attracted critical acclaim from international press, who have described them as spectacular.

“World-class musicians who enchanted the audience... with technical and vocal brilliance... “ (Aachener Nachrichten , Germany) and recognised their “ Virtuosity... met with standing ovations and flowers..." (Rheinische Post , Germany). Known for the palpable emotional connection they make with their audiences through the commitment and passion of their performance, Süddeutsche Zeitung (Germany), praised the, “Frenetic ovations...a particularly intense experience..." while press in the Middle East have described their shows as, “ Captivating... enthralling... “ (Gulf Times) and Ahlan! Live were, “Mesmerised by a passionate performance."

2018 marked two firsts for the band- they recorded their debut album in Germany and enjoyed UK premieres, with two sell-out shows in London, including the inaugural Soho Music Festival, endorsed by the Mayor of London.

2019 has seen their return to Europe with a tour that began in May.