This album is my attempt to connect with my roots, to find my own musical soul. This recording is an expression of my desire to unite the two different worlds, jazz and Jewish music. 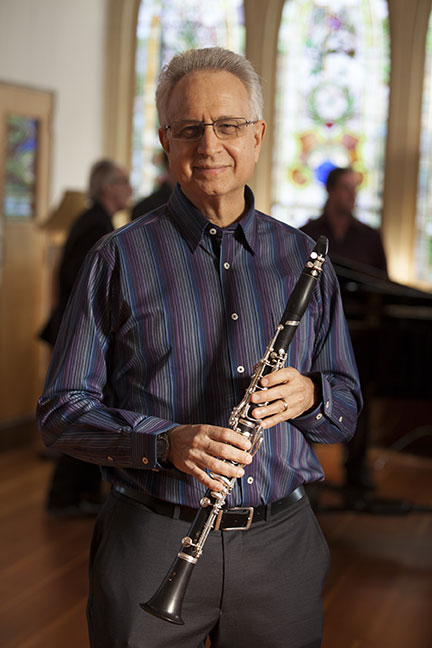 slideshow
Virtuoso clarinetist Paul Green melds jazz and Jewish music in his own inventive arrangements on a new CD, “Music Coming Together,” which will be formally introduced at a concert in Lee, Mass., on April 30. In celebration of International Jazz Day, Green and Two Worlds—his band of extraordinary jazz musicians—will perform selections from the CD at the launch event, starting at 7:30pm, and to be followed by a reception.

Green's third and newest CD, Music Coming Together features the clarinetist's talent as an arranger, and fuses elements of jazz, America's homegrown art form, within the klezmer tradition. The CD hit the jazz radio top-40 chart in the first week after its availability to the media, and has already garnered several positive early reviews.

International Jazz Day is a yearly event on April 30, organized by UNESCO to celebrate “the virtues of jazz as an educational tool, and a force for peace, unity, dialogue and enhanced cooperation among people.” The Day was proclaimed during the UNESCO General Conference in November 2011. The first annual International Jazz Day was kicked off in Paris by UNESCO Director-General Irina Bokova and UNESCO Goodwill Ambassador Herbie Hancock. UNESCO partners with the Thelonious Monk Institute of Jazz.

“This album is my attempt to connect with my roots, to find my own musical soul," Green says. “But jazz is in my soul, too. This recording is an expression of my desire to unite the two different worlds."

Green's discography includes “Return to the Concert Stage" (classical), “Klezmer East: Traditional Favorites" (klezmer) and, now, Music Coming Together, a Jewish-jazz fusion. A renowned expert and lecturer on Jewish music, Green created a band, Klezmer East, in 2003. A newly honed mastery of jazz has brought him to Miami's Jazz in the Gables, the Jazz Summit in Fort Lauderdale, Castle Street Café and The Gateways Inn in the Berkshires and other venues. Winner of the Young Concert Artists International Auditions, Green's solo recitals have brought rave reviews in The New York Times.

Green has collaborated with the Borromeo, Saint Lawrence, and Ying quartets, and with cellist Jacqueline De Pre, flutist Eugenia Zukerman, pianists Richard Goode, Christopher O'Riley, William Wolfram, Ursula Oppens and many others. Green founded the Gold Coast Chamber Music Festival in South Florida and The Summer Celebration of Jewish Music in the Berkshires. He has served on the faculties of several universities and now teaches at The Hotchkiss School in Lakeville, Connecticut and the Berkshire Music School in Pittsfield, Massachusetts.

Grounded and virtuosic in the classical tradition, Green has pursued his passion for jazz and followed his instinctual yearnings to explore the meaning of Jewish music while maintaining his classical concert career. With “Music Coming Together," he has taken giant steps towards finding commonalities between the jazz and Jewish idioms.