SOURCE: ALL ABOUT JAZZ PUBLICITY
February 10, 2015
Sign in to view read count 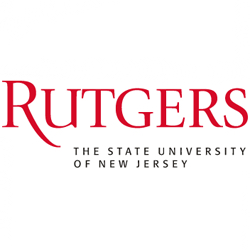 Quick: where is the largest, most comprehensive jazz archive and research center in the world? New Orleans? St. Louis? Kansas City? Try another river city farther east. Would you believe Newark, New Jersey? It's true. On a hill above the prosaic Passaic River, where it has been housed at Rutgers University—Newark (RU-N) for nearly 50 years, the Institute of Jazz Studies (IJS) is revered among scholars all over the world and other members of the jazz cognoscenti, like Ken Burns, who mined the archives when he was making his landmark documentary series, Jazz. Despite such bona fides and holdings including more than 150,000 precious recordings, the IJS remains one of the best kept secrets in jazz. That is about to change.

The university, along with its neighbor and frequent collaborator in Newark's vibrant cultural scene, the New Jersey Performing Arts Center (NJPAC), is engaged in a concerted effort to give the IJS a bigger stage while connecting new audiences to jazz. The university has restructured the institute's leadership to include a new executive director whose charge will be to partner with musicians, impresarios, and other centers of jazz studies to make the institute the jazz mecca and magnet it deserves to be. The search for that special soul is now under way.

John Schreiber, NJPAC's CEO and a well-credentialed jazz impresario himself, is co-chairing the search and is bullish on jazz, on Newark, and on their intersection. “Jazz is part of the lifeblood of Newark—the birthplace of Sarah Vaughan, the longtime home of saxophonist James Moody, the headquarters of America's leading jazz radio station, WBGO, and the site of NJPAC's annual TD James Moody Democracy of Jazz Festival and the Sarah Vaughan International Vocal Jazz Competition," he says. “The IJS is a remarkable jewel in this crown of jazz history and jazz activity, and the Arts Center looks forward to partnering with Rutgers-Newark to ensure that its amazing assets are more widely recognized and utilized by scholars and fans both locally and around the world."

The new IJS leader will be embedded not only in a leading archive of jazz music and memorabilia, but in a university committed to investing in the arts. Schreiber's appointment as co-chair of the IJS executive director search by RU-N Chancellor Nancy Cantor reflects a thrust of the university's new strategic plan, which calls for forging cross-sector partnerships promoting and leveraging the arts and culture to advance innovative scholarship and spur community vibrancy and economic development. “The cultural disciplines are a critical medium of intra-cultural affirmation and intercultural dialogue—both high priorities in our richly diverse metropolitan areas, such as Greater Newark," she says. “Art, art-making, and the public humanities are also critical catalysts for economic development in thriving cultural districts around the country, and Newark's downtown district embraces this tradition."

To that end, a high priority for the new executive director will be to create a signature presence for the IJS in Express Newark, a bold project to leverage the expressive and transformative power of the arts and humanities. Soon to be located on several floors of the former Hahne & Company department store, an iconic building in downtown Newark that is undergoing a complete renovation, Express Newark promises to be a vibrant maker-space. In addition to stimulating a surge of creativity across Newark's arts scene, participants in the university-community partnerships housed there in the visual and performing arts and communications aspire for the project to strengthen Newark, drawing together expertise from across disciplines—beyond the arts and humanities to the social sciences, sciences, and business—across artistic media, and across for-profit and nonprofit business models to build out Newark's infrastructure for cultivating and sustaining working artists, cultural professionals, and the creative economy.

Cantor and Schreiber expect the executive director to expand programming into Express Newark that builds upon the IJS' assets, which include close to 500 archival collections, a comprehensive library of 6,000-plus monographs, nearly 600 periodical titles from the U.S. and abroad that stand apart from any other in the world, extensive clipping and photograph collections covering the entirety of jazz history, an exceptional range of historic artifacts from jazz luminaries such as Miles Davis, Curly Russell, Billie Holiday, Ben Webster, Ella Fitzgerald, Lester Young, and Louis Armstrong, as well as the papers of Mary Lou Williams, James P. Johnson, Abbey Lincoln, Benny Carter, Annie Ross, and Howard McGhee, among others.

Among the IJS' many assets that lend themselves to inspiring the imagination of new generations of jazz lovers is the Jazz Oral History Project (JOHP), the most comprehensive and widely consulted body of jazz oral histories in the United States. The JOHP was initiated in 1972 by the Jazz Advisory Panel of the Music Program of the National Endowment for the Arts and involved 120 leading jazz artists who literally “told their stories," not in music but in words. Over the past two decades, this collection has been used by countless media productions both in the US and abroad—from Ken Burns' Jazz to National Public Radio's Jazz Profiles, Public Radio International's Riverwalk Jazz, BBC radio and television, and Japanese television. Musicians 60 years and older (as well as several younger artists in poor health) were interviewed in depth about their lives and careers, including such luminaries as Roy Eldridge, Teddy Wilson, Count Basie, Mary Lou Williams and Charles Mingus, but also many significant if lesser-known figures who shed light on important aspects of jazz history and American culture. The stories and voices of many of these artists, who offer unique insights into the music and careers of Louis Armstrong, Duke Ellington and other key jazz creators, are undocumented anywhere else.

The sheer gravity of such collections has enabled the IJS to develop enduring relationships with students at all levels, scholars and writers from around the world, musicians, arts institutions, record labels, and the media. IJS also maintains an active outreach program furthering jazz education and supports public access and education through lectures, roundtable discussions that attract a cross section of jazz aficionados, the publication of the Journal of Jazz Studies, a leading English-language scholarly jazz journal, and the Studies in Jazz monograph series.

The executive director also will be a faculty member in RU-N's Department of Arts, Culture, and Media that offers the highly regarded Masters of Arts Program in Jazz History and Research, which is directly supported by IJS collections and personnel. The M.A. program is the only degree program in the United States to focus on the history and research of jazz. As such, the unique curriculum ranges in courses from “Big Bands" to “Jazz and Race." In January 2007, Jazz Perspectives, one of the world's most prominent peer-reviewed journals entirely devoted to jazz scholarship, was co-founded by the program's director, Lewis Porter, a leading jazz pianist and historian. The executive director will have the opportunity to teach and work with faculty in the M.A. program like Porter as well as Professor Henry Martin, a world-class composer, pianist, and music theorist.

Sterling Bland, a professor of African American Studies and English at RU-N who is co-chairing the search with Schreiber, sees multi-faceted benefits to this academic connection. “Our M.A. program in jazz history and research is widely considered one of the best of its kind,” notes Bland. “The IJS executive director will have the opportunity to serve as a member of a vigorous, intellectually dynamic faculty of vibrant emerging and established scholars doing groundbreaking research at RU-N. This opens up the possibility of developing important creative and intellectual relationships with students and fellow faculty members and presents a unique opportunity to help shape the direction of jazz studies at the university and beyond.”

Schreiber thinks that taking the IJS to a new level calls for someone who knows the jazz terrain, but also knows how to improvise. “We're looking for an executive director who is as excited about the future of jazz as we are. The IJS is a great archive for historians, but going forward it will be a collaborator on jazz education initiatives with NJPAC and others, a co-presenter of concerts and conferences, a curator of touring exhibitions, and the indispensable online resource for students and aficionados wishing to explore the music's rich history,” he says. “Our new executive director needs to be part impresario and part scholar, someone who will immediately be seen as a major collaborator, advocate and cheerleader for jazz's bright future."

The search for the IJS executive director is open and applications are invited.