Independence Day with Fischer and Cohn 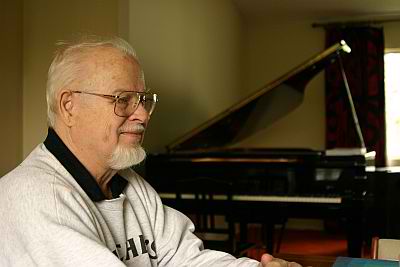 slideshow
Today, the United States of America is celebrating the 238th anniversary of its independence. Rifftides observes the 4th of July with two versions of the song that many Americans wish was the national anthem. Pianist Clare Fischer arranged the first for his 1967 album Songs For Rainy Day Lovers. The second version is by tenor saxophonist Al Cohn with Barry Harris, piano; Sam Jones, bass; and Leroy Williams, drums.

footnote: Al Cohn recorded “America The Beautiful” in 1976 as part of his Xanadu LP Al Cohn’s America. Recently, the Spanish company Gambit reissued the album on CD under Harris’s name, with Cohn identified as a sideman. That doesn’t seem fair to the memory of a great musician, but sometimes the gambits of the reissue game are not fair. Whoever gets his name above the title, it’s a major item in Cohn’s discography. Cohn told Bob Blumenthal, who wrote the notes for the original LP, that his inspiration to play “America The Beautiful” came from pianist Jimmy Rowles. Rowles recorded it, also as a bossa nova, in 1968 for this album.

Best wishes for a fine 4th Of July weekend.