We have had such an enthusiastic response to these shows because they feature only world-class musicians. —Janis Siegel 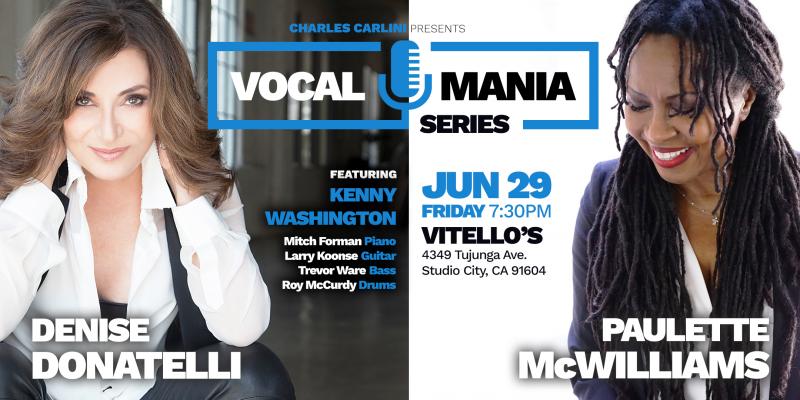 slideshow
This month, In Touch Entertainment is launching a monthly vocal-centric jazz program in Los Angeles, a sister to the hugely successful Vocal Mania series started in New York this spring.

All the programs take place at Vitello's Jazz and Supper Club at 4349 Tujunga Avenue in Studio City.

“We extended the Vocal Mania series to the West Coast based on its success here in New York," said In Touch's CEO, Charles Carlini. “We are confident that it will be critically acclaimed in California as well."

NYC's monthly programs, held in a legendary jazz venue, the Zinc Bar, will continue to feature top vocalists, such as Jo Lawry on June 6, Kate McGarry on July 11, Alan Harris on September 12 and Sheila Jordan on October 10.

“We have had such an enthusiastic response to these shows because they feature only world-class musicians," said Janis Siegel, jazz singer with the vocal group The Manhattan Transfer who co-hosts the series with another top vocalist, Lauren Kinhan .

The full lineup may be found here.

All the programs take place at Zinc, at 82 W 3rd St in Greenwich Village.

NYC-based In Touch Entertainment is a worldwide entertainment organization that manages both established and up-and-coming recording artists, books talent into the world's hottest venues, oversees music recording, and promotes and produces concerts and films.