Given the rich repertoire of our fall/winter series, we are confident they will continue to be very successful. —Charles Carlini, CEO, In Touch Entertainment 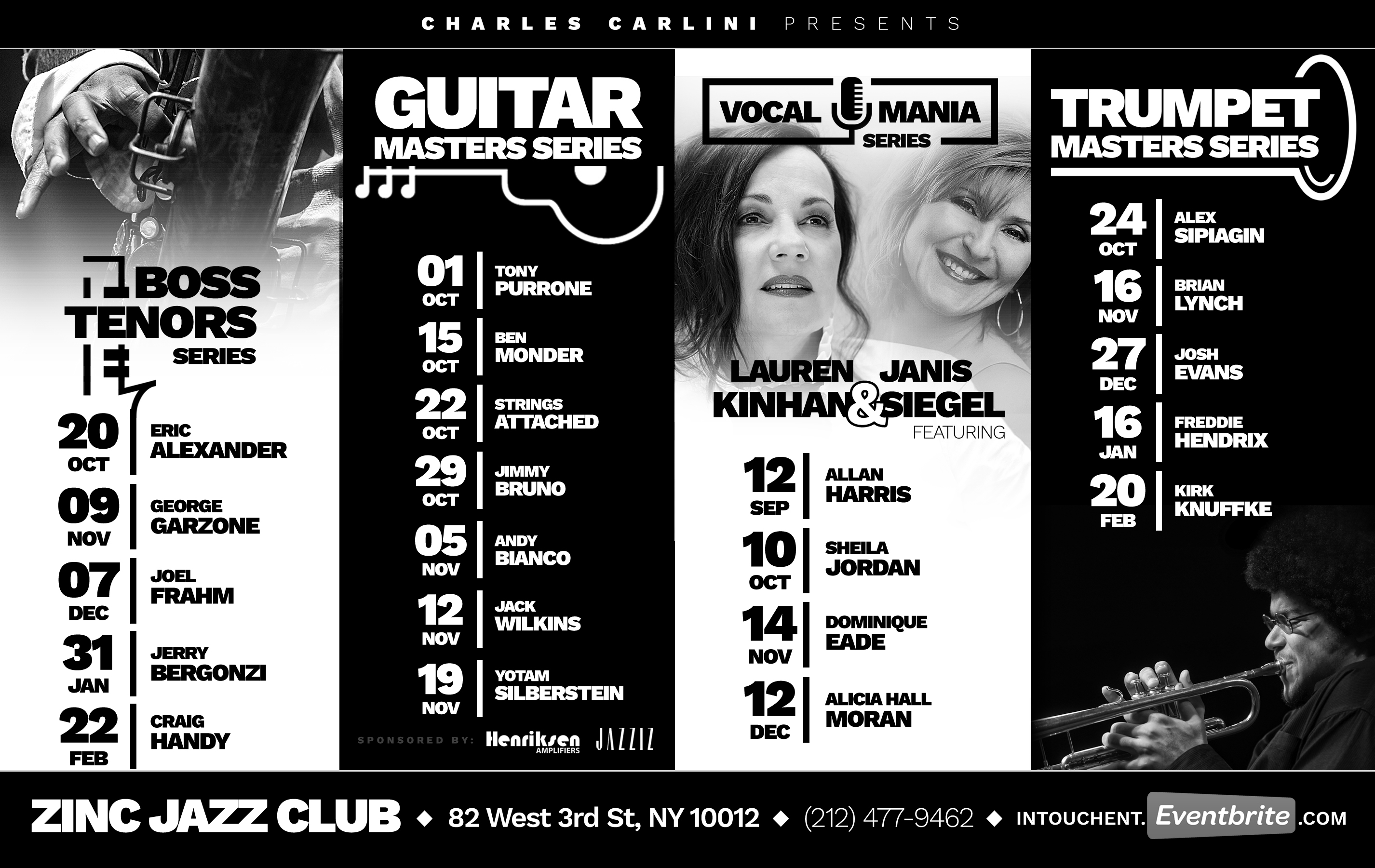 All these performances will continue to be a regular feature at the Zinc throughout the fall and winter months.

“These programs have met with such enthusiastic response from our audiences because each one features world-class musicians,” said In Touch’s CEO, Charles Carlini.

“Given the rich repertoire of our fall/winter series, we are confident they will continue to be very successful,” he added.

Some of the artists featured in these series include: The choice of Zinc Bar, an iconic club located at 82 W 3rd St in Greenwich Village, was not coincidental. “I’ve had a long association with the Zinc jazz club since its inception in the early '90s. I felt it would be a great venue to launch and test many of these ideas that I’ve been incubating for some time. Plus, its present location was once a place called Club Cinderella, where Billie Holiday and Thelonious Monk used to perform and attracted such celebrities as Mae West and Frank Sinatra.”

Other performances are listed here.

Vitello’s is at 4349 Tujunga Avenue in Studio City.