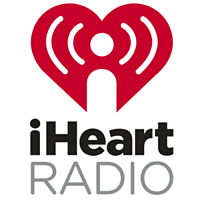 iHeartMedia Inc., the largest operator of commercial radio stations in the US, once again disclosed that it has “going concern" about its viability as a company going forward.

In its most recent financial filing with the SEC, iHeartMedia warned investors that it was in dire financial straits and noted that “there is substantial doubt as to the company’s ability to continue as a going concern for a period of 12 months following November 8, 2017.”

As well, iHeartMedia outlined concerns about “the impact of our substantial indebtedness, including the effect of our leverage on our financial position and earnings" and “our ability to generate sufficient cash from operations and liquidity-generating transactions and our need to allocate significant amounts of our cash to make payments on our indebtedness, which in turn could reduce our financial flexibility and ability to fund other activities."

UPDATE: iHeartMedia stock recovered 47% on Friday, still closing in the dread sub-#1 range which can lead to delisting at $.81 per share.

At the end of September, iHeartMedia had debt maturities totaling $366.9 million, $308.5 million and $8.368 billion in 2017, 2018 and 2019, respectively, according to the filing. In its effort to stave off default, the company said it must depend on its ability to “achieve forecasted results, our ability to conserve cash, our ability to refinance the amounts outstanding under the receivables-based credit facility."

At the end of September, the company listed cash and cash equivalents on hand of $285.4 million and said it had access to $85 million under a receivables-based credit facility.

The company's other financials painted a bleak picture as well.

In its latest quarter, the company posted a net loss of $248 million, a far steeper loss than the $35 million in red ink that the company posted in the same period in 2016. Revenue slipped slightly as well, down to $1.54 billion against $1.57 billion in 2016.

At the close of trading on Thursday, the company's stock had plummeted, down by 54% and trading below a dollar at $.55. The stock ticked up slightly as trading opened on Friday.