I'd put him on the Mount Rushmore of New Orleans drummers, along with Smokey Johnson, Johnny Vidacovich and Herlin Riley." --George Ingmire, DJ, WWOZ 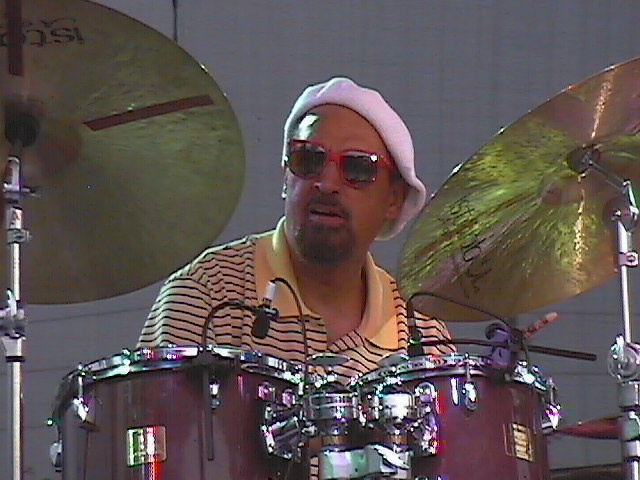 slideshow
Idris Muhammad, whose drumming crossed over several musical styles including funk, jazz, and rhythm and blues, died Tuesday (July 29). He was 74.

Muhammad's death was confirmed by close friend Dan Williams, who got to know Muhammad through Williams' Jazz Journey concert series sponsored by the New Orleans Jazz & Heritage Foundation. Williams learned of Muhammad's death through family members in Fort Lauderdale, Fla. A converted Muslim, Muhammad was immediately buried in accordance with the traditions of Islam, Williams said.

His cause of death has not yet been confirmed, but Williams and other friends noted that Muhammad had been receiving dialysis treatment in New Orleans — where he had returned from New York City to retire back in 2011.

While he had spent the past two decades working with jazz pianist Ahmad Jamal, Muhammad's drumming covered almost every genre of contemporary music, including rock 'n' roll. He toured or recorded with a who's who of big names — Roberta Flack, Grover Washington, George Benson, Sonny Stitt and John Scofield, to name a few. Williams said that Muhammad got his first national touring gig with Sam Cooke before moving on to Jerry Butler, Curtis Mayfield and beyond.

“He was eclectic in terms of his playing," Williams said. “He mixed the New Orleans sound, that sound of the street music, with jazz music and rock 'n' roll, and had all that intertwined," Williams explained. “He tuned his drum to get the sound from the New Orleans street bands, the marching bands, and he'd get that kind of sound that would come from New Orleans. That's why he was so sought after.

“He had the syncopation of New Orleans."

The news devastated the WWOZ-FM staff, who had gotten to know Muhammad personally and through his music. After learning of the news, Wednesday's (July 30) “Morning Set" jazz show featured plenty of Muhammad's work.