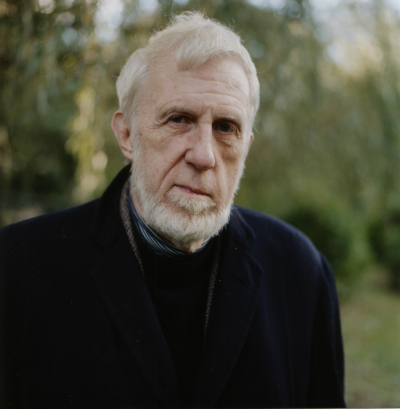 slideshow
Iconic pianist and composer Ran Blake is the 2020 recipient of the Boston Jazz Hero award from the Jazz Journalists Association. Blake is one of 27 jazz heroes in 23 cities across the country chosen as “activists, advocates, altruists, aiders and abettors of jazz." The complete list of honorees, with photo portraits and biographies, is posted here.

The Jazz Journalists Association, in partnership with New England Conservatory where Blake has taught for 52 years, will present the award to Blake during a virtual event at 7 p.m. on Saturday, May 23, 2020. The event will include a solo piano performance by Blake and a short interview by veteran jazz writer and JJA board member Bob Blumenthal. It will be free and open to the public. To register for the event, please here.

“In this troubling time, as the world fights a pandemic, the JJA is proud to celebrate the hearts, souls and efforts of these Heroes who all are of the opinion that creative, improvised music offers substantial personal and societal benefits," says Howard Mandel, president of the JJA. “And they do everything they can to spread that message."

“As founding chair of the Third Stream/Contemporary Improvisation program, Ran’s impact on the curriculum and culture of NEC has been transformative,” says NEC President Andrea Kalyn. “But his full influence reaches far beyond, reflected in the work of generations of musicians who—under Ran's guidance—were given both the tools and the freedom to develop their own individual artistry. He is a true musical hero, and we extend our warmest congratulations on this most fitting honor.”

In writing about Blake for the award, Boston-area JJA board member Bob Blumenthal noted: “When Ran Blake arrived in Boston in 1968, the 33-year-old pianist was already an iconoclastic performer and composer deserving of wider recognition. His debut recording with vocalist Jeanne Lee, The Newest Sound Around, and his subsequent Ran Blake Plays Solo Piano, revealed an original artist with his own identifiable voice and uncommonly wide range of influences. In the subsequent decades, he has proven himself to be a visionary educator, theorist and advocate who has expanded the very notion of musical fusion, and has made Boston an early center of creativity without borders… [A]fter Schuller had introduced the first Jazz Studies major at a traditional music conservatory in 1969, Ran was tapped to create and chair a Third Stream department in 1972. To say that he hit the ground running, in this or any task to which he finds important, would be the grossest of understatements.” Read Blumenthal’s full bio of Blake here.

About The Jazz Journalists Association

The Jazz Journalists Association, a 501 (c) (3) professional organization of writers, photographers, videographers, broadcasters and new media activists covering jazz, established its Jazz Heroes campaign in 2010, having since 2001 called the honorees members of the JJA “A Team." The Jazz Heroes are named in conjunction with the JJA's annual, voted-for Jazz Awards for excellence in music and music journalism. Nominees for 2020 Jazz Awards will be announced at the end of April, with winners revealed in mid-May.