SOURCE: ALL ABOUT JAZZ PUBLICITY
May 18, 2008
Sign in to view read count 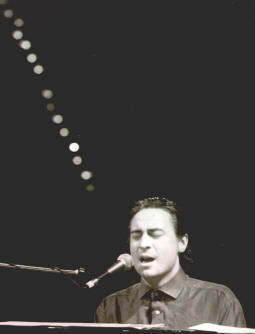 In partnership with the Smithsonian National Museum of American History in support of Jazz Appreciation Month, Mayor Loretta Spencer of Huntsville, Alabama officially proclaimed Saturday April 19, 2008 to be “Rick DellaRatta and Jazz for Peace Day."

Citing Mr. DellaRatta's numerous awards as a Jazz Pianist, Vocalist and Composer, along with his extraordinary achievements of over 500 Benefit Concerts to help outstanding organizations across the country, his Education Series to bring music back into the schools and his Instrument Donation Series which provides musical instruments to children, Mayor Spencer congratulated Mr. DellaRatta and Jazz for Peace on his “many years of superior musical innovations and leadership in the honorable profession of Jazz and Jazz Education for our local community and the world over".

The official proclamation was presented to Mr. DellaRatta during his Jazz for Peace Benefit Concert for the Tennessee Valley Jazz Society at the Butler High School Fine Arts Facility.

In March 2007, DellaRatta was included by The Foundation Center in their list of musician philanthropists along with Bono (U2), Elton John, Peter Gabriel and Sting.

In April 2007, Rick was given the Jazz Appreciation Award by the American Federation of Musicians (Local 85-133) for outstanding achievement as an international jazz performer, composer and philanthropist giving back to the community through jazz, jazz education, charitable contributions and Jazz for Peace performances.

In September 2007, DellaRatta celebrated the Anniversary of his historic concert at the United Nations which united Israelis, Palestinians and Americans as well as the 500 benefit concert “Helping those who are helping others!" since this landmark event.

On November 21, 2007 Rick was appointed “Ambassador for Peace" by the Universal Peace Federation at NYC's Hammerstein Ballroom.