How Will Soundtrap Acquisition Change Spotify? The Industry? 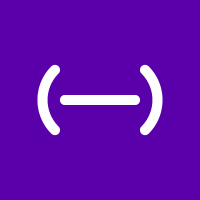 Here we look at the implications of Spotify's recent purchase of Swedish cloud-based collaborative creative space Soundtrap as the streaming giant looks to increase the breadth of its offerings by providing consumers with more than just streaming in advance of it's anticipated IPO.

On November 17th, 2017, Spotify announced its intention to acquire Soundtrap. For some context, Soundtrap is a Swedish startup that offers an online music studio which provides a free and cloud-based collaborative space for artists that include a collection of its own loops. Users on Soundtrap can mix together their instruments to produce interesting tracks with a global group of musical talent. The deal was reported to be “at least” $30 million. In the first half of 2017 Spotify bought four other companies, including AI startup Niland, a data recognition firm called startup Sonalytic, TV content recommendation platform MightyTV and blockchain tech startup MediaChain. Each acquisition reflects Spotify’s efforts to diversify its business beyond streaming and to prepare for an expected $20 billion IPO for the company.

The Soundtrap deal reflects Spotify’s attempts to broaden the scope of its services by offering more than just streaming, but also music creation capabilities. Many believe Spotify’s expansion will allow people to record their music and upload it directly to the streaming service, giving new talent an avenue to reach global audiences. Spotify’s own statement about the purchase said “Soundtrap’s rapidly growing business is highly aligned with Spotify’s vision of democratizing the music ecosystem,” which reflects the company’s strategic goals of making music creation a more level playing field.

There are traditionally significant barriers to entry for an emerging artist that wants to produce a studio-quality album or song. An artist would need to purchase time at a studio and then utilize professional editing tech such as Pro Tools in order to polish their sound. They would then need to find a partner to help distribute the music on multiple channels. This Spotify purchase could mark a change in the song production dynamic by making it much easier to create studio content, but it also poses multiple questions.

Spotify always wants to offer quality musical content, but what (if any) controls will they have in place if any musician can leverage Soundtrap to get user-generated content onto the Spotify platform? Industry experts are wondering about any quality controls that Spotify might put in place in regards to accepting new music. Doing this might be difficult considering the subjective nature of determining the “quality” of a piece of music and the dozens of musical genres. Performing QC at this level would require Spotify to ramp up its curation team, which is already tasked with managing new content coming from aggregators such as SongCast. It could also use a crowdsourcing approach to allowing new content by giving the Spotify community (or a subsection) the opportunity to vote on the best new user-generated content.

Spotify does have a recording studio inside of their own offices and offers it to major and independent acts to produce exclusives. Therefore, Soundtrap could be seen as a way for Spotify to produce even more content, and become a type of “farm system” for creating bigger-name acts that are highlighted as Spotify exclusives. Soundtrap’s is ideally suited for this purpose. The company’s offering functions in a similar fashion to Google Docs by providing users with a real-time recording experience that functions across multiple devices and platforms, so it’s open to a wide variety of talent.

This acquisition will help further cement Spotify’s place as the most desirable destination for emerging musicians. Artists want more avenues for producing music and potentially turning fans into revenue, and the Spotify-Soundtrap alignment is geared to meet these needs. Artists want distribution simplicity, which is why they’re attracted to firms that can provide them access to global fan bases and the chance to earn solid royalty payments.