How To Crowdfund A Jazz Album 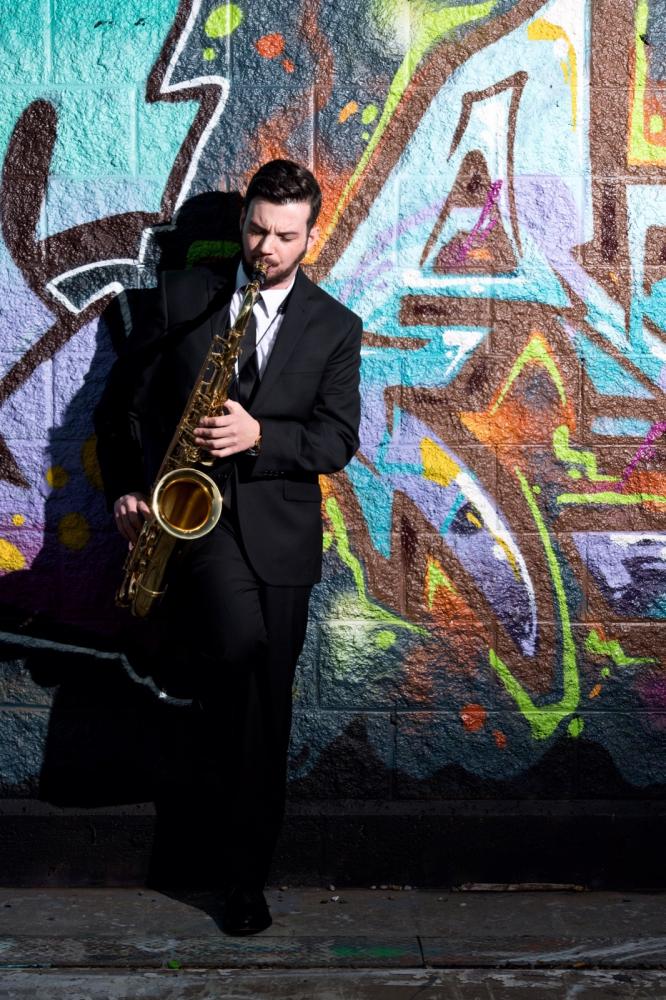 slideshow
Here jazz saxophonist & songwriter Mike Casey details how he successfully raised over 100% of the money needed to record his latest album exclusively through the use of crowdfunding.

My name is Mike Casey and I am a passionate jazz saxophonist & songwriter. My debut album, “The Sound of Surprise: Live at The Side Door” comes out in February 2017 and I recently used PledgeMusic (and a few strategies I outline below) to help me reach 111% of my crowdfunding goal in under 30 days. As of this writing, the campaign is at 114% funded.

My goal with this article is NOT to re-hash the same “10 tips for music crowdfunding” that you’ve seen a million times. While the fundamentals are essential, I think you’ll find this article delves a little deeper into advanced strategies that, when used properly, can be extremely effective.

FIRST OF ALL – WHAT IS CROWDFUNDING?

Dictionary.com defines crowdfunding as “the activity or process of raising money from a large number of people, typically through a website, as for a project or small business.”

And guess what? Your fans, friends, and family WANT to support you. All you have to do is have a platform set up that enables them to do so. Crowdfunding lets you do this in a manageable way.

If you plan ahead, research, study, and execute properly, you’d be surprised by how much a crowdfunding campaign can do for you:

As a fairly new artist, it only took me 50 “pledgers” to reach 111% of my goal on PledgeMusic. Some of my supporters were from as far away as Norway & China (I’m in the USA)–we haven’t met, & they’ve never heard me live. Rather, they discovered my music online, loved what they heard, and wanted to pre-order my debut album.

I raised enough to cover tour expenses, album expenses, and hiring a publicist for a digital campaign. All in all, I’m putting this album out and have already broken even, prior to releasing it. I did this without a manager, and without going in debt to a record label or having any extra “middlemen” taking a cut (I’m self releasing this project).

The crowdfunding campaign itself has been a great way to get both fans and industry folks alike excited about my upcoming album/tour. Building awareness and anticipation is key for any album campaign, and crowdfunding is a great way to do it. It also provides “social proof” that you have a fanbase who will support you, which helps you become more convincing and credible when reaching out to others within the music industry.

Last but certainly not least, this campaign helped me form a stronger bond with my fans and supporters. It’s a pretty amazing feeling to know that people like your music enough to support you in releasing an album – no small endeavor – and they loved being a part of the journey.

First off, lead time is key.

Admittedly it took me way longer to set up the campaign than I originally thought. Luckily my PledgeMusic campaign manager, Mike Blatt, helped me greatly through the initial set up process. I’d highly recommend looking at other artists’ successful campaigns (whether on PM, Kickstarter, or Indiegogo) to get a sense of pricing structure and also to inspire you to come up with unique offers for your fans.

Pre-Launch is key. Once you launch the campaign, DON’T immediately announce it to all your followers on social media. Instead, keep it off social media and only send the campaign to your email list, close friends & family, and your biggest supporters. Why?

They’ll appreciate that you sent it to them first – it will make them feel special! Be sure to communicate that they receive first dibs as part of the secret pre-launch.

This helps you build momentum, so that when you launch publicly, you’ve already got some funding. This helps convince people that maybe aren’t superfans that the project will be a success and that they should contribute. Again, social proof is powerful!

Splitting it into two phases (pre and public) also means a built in chance to follow up with your biggest supporters who you sent the campaign to first.

A pre-launch phase also gives you time to tweak what you’re offering and to perfect your public launch strategy.

In my case, I was able to reach 88% funded during my pre launch period. I chose to have a long pre launch phase (2 weeks), because PledgeMusic gives you 60 days to reach your goal. When I announced the campaign publicly, many were amazed that I was already at 88%–this helps convince people who may be on the fence contribute to help push you over the top.

PUBLIC LAUNCH DAY (YES, IT SHOULD BE YOUR MAIN FOCUS THAT DAY)

Your campaign video is key for two reasons:

The campaign video is what really hooks people;

Video content gets higher placement in nearly every social network feed these days, as they are all trying to push video uploaded directly to their site (i.e. not posting a YouTube link that plays withinn a Facebook status). Take advantage of this!

Instead of posting a link to my campaign on Facebook in my launch status (which you can view here) I uploaded the video directly to Facebook, made a long status and tagged everyone involved in making the album, and included a link in the bottom. Tagging folks involved in the album is not spammy – it will show in their profile and this helps get the post more views/engagement.

Post the video/announcement between 8:30am-10:30am. This is the best time to make a big announcement, and if done correctly, will have a lot of engagement initially. This initial engagement will help that post get more views throughout the day, as all social networks algorithms take good care of high quality content that has proven to be engaging. The earlier you post, the higher your chances of gaining enough engagement so that Facebook (for example) will keep showing the content throughout the day to people who follow you.

Tip: Write the post in advance so that all you have to do the day of is copy & paste.

The first sentence of the status should grab the reader and encourage them to read more. At the same time, it can’t reveal what it’s about. Dole out more information bit by bit in the post to ensure people keep reading. For example, my headline was “Here’s the big announcement!”

It’s an announcement so be sure to spell check everything and make it sound as official as you can.

Stay by your computer. Your launch day work has just begun! I can’t stress this enough.

Twitter: @reply people & thank them for retweeting/liking. Do you have an existing pinned post that people have engaged with? Go back and individually @reply each person that interacted with THAT post and tell them to check out your latest pinned post for a huge announcement.

Instagram: Reply to every comment, to help spur engagement and make Instagram’s algorithm take notice of your post. Go back to all your previous photos and @reply people who have commented, telling them to check out your latest post for a huge announcement!

JUST 24 HOURS LATER, HERE ARE MY RESULTS FROM FOLLOWING THESE LAUNCH METHODS:

Twitter: 4,491 impressions, 118 total engagements including 20 retweets (including one from music industry heavyweight & PledgeMusic founder, Benji Rogers), 29 likes. These numbers may seem low–but keep in mind Twitter has the least engagement of any platform.

Create a “splash page” or landing page on your website highlighting the campaign so it’s the first thing people see when they visit your site. If you use Squarespace this is very easy. For example, check out the one I made for my website.

Include a social media shoutout to each pledger. It’s a non-spammy way to publicly to keep promoting the campaign and to thank them (they often will re share your post too) . Try to make it as personalized as you can, and make the fan feel special!

Regularly share exclusive content relating to the journey to those who contributed. Adding value is always good, plus you can use this to convince people to contribute. For example, I just uploaded the album artwork to my PledgeMusic page. But you can only see it if you’ve contributed  Share previews of the exclusive on social to help convince people to pledge. “Be the first to see the new album artwork by pre-ordering!”

I truly hope these tips help you in your own crowdfunding endeavors!

Did you find these tips useful? Do you like adventurous, melodic, rhythmic, soulful modern jazz? Please consider pre-ordering my debut album here  it would mean the world to me!