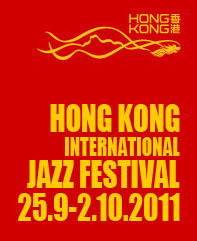 The first jazz festival that ever took place in Hong Kong back in 1987 was imported from Japan, as sponsored by the tobacco company Mild Seven—SELECT Live Under The Sky, Hong Kong. This series originated from Japan in the early 80's till 1992 when Japan slipped into an economic downturn. The Festival had a 5 years' life span in Hong Kong and was a fashionable event among the celebrities and movie stars at that time. Besides captivating 2-3,000 audience every year at the Queen Elizabeth Stadium, it had great impact on local musicians.

In 1994, the 'Hong Kong International Jazz And Blues Festival' sprang out with a 2 days' event in Hong Kong, as presented and organized by the then Hong Kong Jazz Club. Owing to commercial failure and lack of sponsors, the festival became a one—off event.

After 2000, The FCC (Foreign Correspondence Club) had run a jazz festival at their premises on and off for some years, and the restaurant Grappa in Central also had their small-scale festival once or twice featuring mainly local artists.

Staging a world class jazz festival has always been a dream for Hong Kong Jazz Association (HKJA). As the Association grows bigger day by day, it first tested the water in 2005 in staging a 3 days' event at the Fringe Club and the Hong Kong Park, and the 'Hong Kong Jazz Festival 2005' which had gathered more than 10,000 audience under the theme 'Asian Swing' featuring mainly Asian groups.

In 2008, HKJA first launched the Hong Kong International Jazz Festival (HKIJF) (i.e. a 7 days' programme including four major performances at the Queen Elizabeth Stadium) under the support from private investors. The format of one open air free concert, along with club shows and major performances in traditional concert hall, has lasted for 3 years and nurtured followers among local patrons and aficionados. It has now developed into a major music event in Hong Kong and gained international recognition.

This year, the 4th HKIJF has got a chance to move on to a higher level with the sponsorship from the Mega Event Fund, and the support of the West Kowloon Cultural District Authority. HKIJF has now grown to an 8 days' event, together with major Jazz Exhibition and workshops, featuring more than 40 performance groups with 300 artists.

Besides, it is the major festival staging at the West Kowloon Cultural District Area.

As we believe, jazz came out from the street in New Orleans, and it should be a kind of music that can be consumed and enjoyed by all walks of life. As such, in this edition, besides featuring some mainstream and contemporary jazz, we try to cover all sorts of music genres that are related to jazz, and create more user-friendly content. Hopefully, this so called intellectual music can spread among the mass, and this city will become more lively and jazzy, at least for a week.

As the West Kowloon Cultural District Area is going to be handed over back to the WKCD Authority at the end of this year, we believe the soil and climate will become even more suitable for jazz to grow. With a strong belief and the courage to dream, and the support we have been receiving from you all, HKIJA will continue to develop in the hope that the joyfulness that people get from jazz music can be seen and felt all over Hong Kong.

Above all, we believe the spirit of jazz, i.e. sharing, respect, liberty, acceptance, innovation and creativity would transform our society into a better and more advanced place.