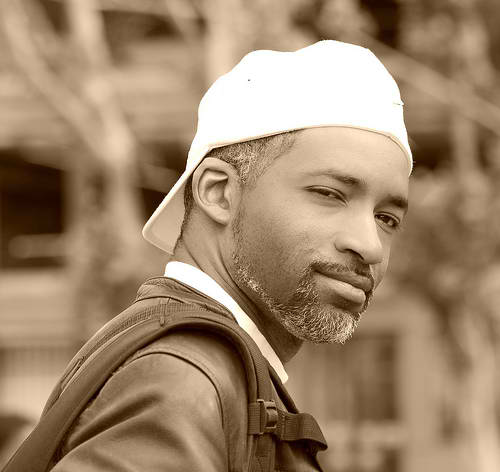 slideshow
By AMY LANGE for myFOXDetroit.com

DETROIT, MI - With so many people without a place to call home in Haiti, we're reminded how many are homeless here at home. Many people can't imagine being in that position while others wish they weren't. However, hardly anyone would voluntarily become homeless. Yet, that's exactly what a local musician has been doing for the past couple of days and nights.

Alone, cold and walking Detroit's streets at night, Brian O'Neal searches for a shelter. He's homeless like an estimated 18,000 other people in the city.

“Without talking to them and just looking at them, you would assume... that guy's crazy or it's mental illness or he's on drugs or he's sick. He might hurt me. He might rob me. It's wrong," O'Neal told FOX 2.

“I mean, those people do exist, but, for the most part, the majority of them that are out here, they're struggling to survive," O'Neal said.

O'Neal is a successful jazz musician who's appeared on the FOX 2 morning show, but he's been wandering the frigid streets of Detroit for two days waiting for soup kitchens and shelters to open, trying to find a place to stay warm. It's not easy when you're homeless and you can't even duck into a restaurant to use a restroom.

“None of the homeless people are allowed to go in. There are signs on every single establishment that (say) for paying customers only. No pay phone. No restroom," said O'Neal.

Brian is trying to experience what it's really like in an effort to find solutions to this nagging problem. He hit the streets with the clothes on his back and seven bucks, all part of the work of the organization he started -- the DO Foundation.

“I can't help these people unless I know exactly what they go through. I need to know what it feels like to be hungry, cold, tired, no place to go," O'Neal said.

Now, he knows what that feels like. Unable to find a shelter for the night and out of money, Brian gives up. After two days on the streets and a night in the shelter, he's going home well aware thousands of others on the streets of Detroit don't have that luxury.

“Most of them are hopeless because there is no end in sight," said O'Neal. That's something he's hoping he can do something to change.

“There is a way. There has to be a way, and we're going to figure it out," O'Neal said.

For more information on the DO Foundation, visit dofoundation.net.