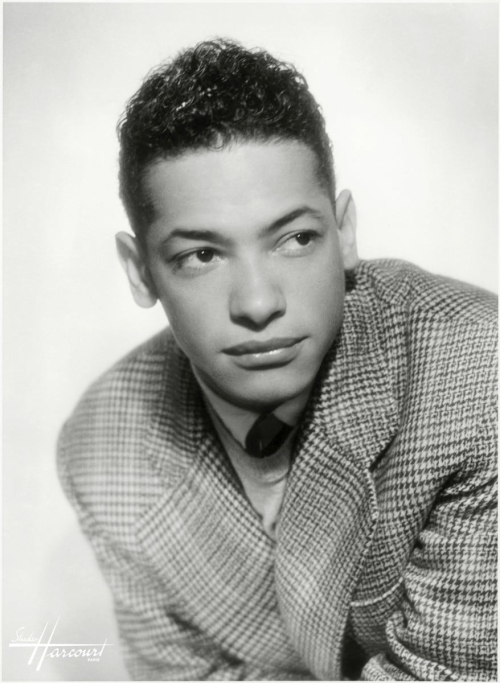 slideshow
Yesterday, I posted on French singer-entertainer Henri Salvador and his career up until his semi-retirement at age 78 in 1995. Today, I'm posting about one of pop's most startling comebacks topped only by Tony Bennett's. This rebound also featured Salvador's passion for Brazil.

First, let's look at his first visit to the South American country. On Christmas of 1941, bandleader Ray Ventura was in Rio de Janeiro with Salvador as his vocalist. Ventura and his band were preparing to leave for a tour of the U.S. when Salvador was offered a contract to remain in Brazil and become a headliner. Salvador signed and stayed behind. A few months later, he became a major star, singing in French, English and Portuguese.

Despite his newfound status, Salvador was routinely chiseled out of what he was owed. Despite packing in audiences at all the city's major casinos, he still had to pick up empty Coke bottles and sell them to raise money to eat. One day, Salvador received a telegram from Ventura urging him to re-join the band in post-war Paris. Off he went.

By the time Salvador turned 78, his songs were no longer connecting with younger French music fans. So he went into semi-retirement following his “farewell" album, Monsieur Henri.

At the Victoires de la Musique awards the following year, Salvador was honored with a special lifetime achievement award and performed a duet with Ray Charles of Le Blues du dentiste. Celebrating his 80th birthday in 1997, Salvador was ready to throw in the towel.

Enter Source Records artistic director Marc Domenico, who offered Salvador the chance to record a dream album. So he went back into the studio to record Chambre avec vue, an album written by Keren Ann and Benjamin Biolay, as well as Marc Estève, Art Mengo and others. He also wrote and performed a duet with '60s icon Françoise Hardy called Le Fou de la reine.

The album was a massive hit, selling over 1 million copies, success Salvador never before experienced even in his heyday. The singer was back and had sold out theaters. At age 87, Salvador had dropped the cheesy comedy, embraced ballads with a bossa nova beat and found himself with a touring schedule filled for the next three years.

Here's Salvador with Lisa Ekdahl singing All I Really Want Is Love...