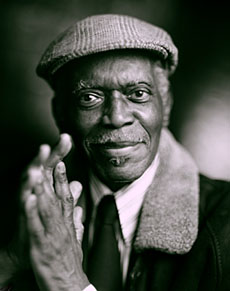 slideshow
World-class jazz pianist Hank Jones, who is perhaps best known for a two-minute gig accompanying Marilyn Monroe when she sang “Happy Birthday" to JFK at Madison Square Garden in 1962, has died.

Jones, who was 91, moved to New York in 1943 and played with almost every major jazz musician while touring and recording until his death.

He played piano and conducted for the 1970s musical “Ain't Misbehavin'," in which he replicated Fats Waller's stride piano.

Born in Mississippi to a musical family that included trumpeter Thad Jones and drummer Elvin Jones, he was an early convert to the bebop school of the 1940s.

During that decade he accompanied artists like Charlie Parker and Coleman Hawkins.

He played in bands with Artie Shaw, Benny Goodman, Billy Eckstine and others and joined international tours with Ella Fitzgerald in the Jazz at the Philharmonic program of the 1950s.