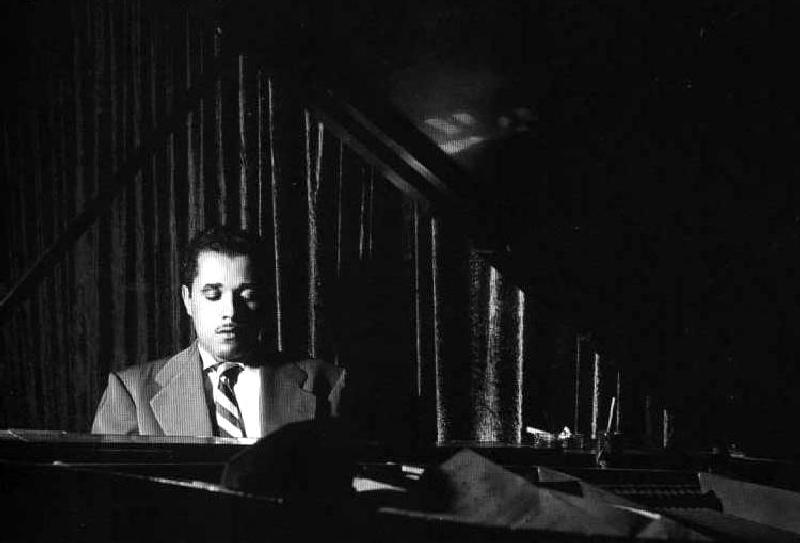 slideshow
One of Hampton Hawes' finest recording sessions spent 43 years gathering dust on a shelf. Though Bird Song was recorded on January 18, 1956, the nine tracks captured that day went unreleased until 1999, when they were accidentally discovered by producer Eric Miller and issued on CD. At this session for Contemporary Records, Hawes was backed by bassist Paul Chambers and drummer Larance Marable. The music features Hawes in a swinging, upbeat mood, and the material exploits every facet of his taut, all-in technique.

The decision by Contemporary Records' Lester Koenig to mothball the nine tracks was likely a marketing strategy. Though Koenig had impeccable jazz and business judgment, he faced a dilemma with these recordings. Hawes at the time was working regularly with bassist Red Mitchell and drummer Chuck Thompson. Hawes' discography shows that he recorded with this trio before the Bird Song session in December 1955 (This Is Hampton Hawes) and a week later on January 25, 1956 (Everybody Likes Hampton Hawes).

To build the reputation of a recording artist back in the 1950s, it was imperative that the musician perform in clubs and record regularly with the same group. Today, we call this branding. Back then, the practice simply improved the odds that the jazz-going public would buy the albums of a group they had just seen at clubs--and go see that group perform if they owned its albums. One fed the other, provided the group remained a unit.

By releasing an album featuring Hawes, Chambers and Marable, Koenig risked creating marketplace confusion, which could have compromised future sales. And there was another peril: What if record buyers loved the one-shot trio recording so much that they no longer wanted to bother buying Hawes' albums recorded with his working group?

All of this begs these two questions--Why record the new group in the first place and what was Chambers doing in a Contemporary studio? In January and February of 1956, Chambers was part of the Miles Davis Quintet, which was touring on the West Coast. According to Davis' autobiography, the trumpeter was growing increasingly angry at Chambers' self-destructive drug and alcohol consumption:

“When it came to running bar tabs, Paul Chambers was the worst. I'd give him his money and then I would bring up his bar tab, and he wouldn't want to pay. One time I had to hit him in the mouth, he made me so mad. Paul was a real nice guy, but he was just immature... So I'm talking to Philly Joe [Jones] and all of a sudden I hear this crashing sound and look around and Paul's whole head had fallen face first into the spaghetti, hot sauce and everything. Those zombies [drinks] had hit him in the brain. The motherf. was out cold. He had shot up dope and drank all them zombies and he couldn't take it."

None of which seemed to have compromised his extraordinary gift on the bass--on recordings at least. Perhaps Chambers in January 1956 was simply available to record for Contemporary. Or perhaps Lester Koenig wanted to see what the intense East Coast bassist sounded like with the West Coast's Hawes and Marable. Or maybe Chambers was fed up with Davis' hectoring and was auditioning with hopes of remaining on the West Coast. Chambers recorded quite a few non-Davis dates in Los Angeles during this period, including Chambers' Music for Jazz West with the band-mates in Davis' group minus Davis. Or perhaps Koenig was miffed that bassist Red Mitchell was doing so much recording for competing labels at the time, including the Mel Torme-Marty Paich Dek-tette session for Bethlehem on the same day as the Bird Song date. We'll never know.

But back to Hawes. The tracks on Bird Song feature bebop tunes (Big Foot, Ray's Idea, Cheryl and Thad Jones' Bird Song) lush standards (Stella by Starlight, I Should Care, Yesterdays and Just One of Those Things) and a rollicking original (Blues for Jacque). The mix presents the listener with Hawes at his swinging and most introspective best. And as you listen to Chamber's rock solid sound and Marable's snapping brushes, you wish more with this trio had been recorded. [Photo of Hampton Hawes by Ray Avery/CTSImages.com]

JazzWax tracks: Bird Song (Fantasy) is out of print on CD. There are copies on eBay that are selling for much less than the imports I saw for sale at Amazon. Bird Song also is available as a download at eMusic. Added to this CD are three tracks recorded by Hawes with bassist Scott LaFaro and drummer Frank Butler in 1958.

JazzWax clip: If you can't find a copy, here's Hampton Hawes playing solo piano on I Should Care from Bird Song...