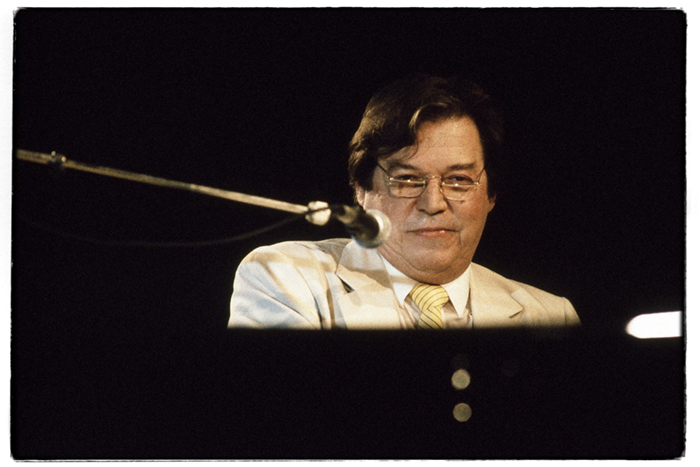 slideshow
MONTCLAIR, N.J.&#151A half-century ago, Charlie Byrd, Herbie Mann, and others returned from a trip to Brazil with a trove of recordings by Antonio Carlos “Tom" Jobim. Stan Getz listened to them and recorded “Desafinado," which spent 70 weeks on the Billboard charts, and soon thereafter, “The Girl from Ipanema," which won the Grammy Award for Record of the Year in 1965. Since then, the global appeal and influence of the bossa nova and Jobim have been undeniable.

In this newly published English-language edition, Antonio Carlos Jobim: An Illuminated Man (Hal Leonard Books, $27.99), Jobim's personal, intellectual, and professional history comes to life in elegant and melodic prose from his sister Helena, a poet and novelist of great range and power. Accompanied by dozens of revealing photos, the book provides a surprisingly intimate portrait of one of Latin America's most widely celebrated musicians.

Here we see Jobim, who died in 1994 at the age of 67, not only as an outstanding creative artist who worked with the likes of Frank Sinatra, but also as a man devoted to his family, and as an environmentalist deeply concerned about the state of the natural world in his beloved Brazil and beyond.

The composer of hundreds of songs of inexplicable grace, Jobim recreated the world he lived in through mesmerizing music and down-to-earth poetry. In Antonio Carlos Jobim: An Illuminated Man, Helena Jobim brings new life to her brother's vision and voice.

ABOUT THE AUTHOR
Helena Jobim is an award-winning poet and novelist born in Rio de Janeiro. Among other distinctions, she recieved the Brazilian Writers' Union Annual Award for her entire body of prose in 1993. Two years later, her novel The Trilogy of Astonishment won the prestigious José Lins do Rego Award from the Brizilian Academy of Letters and was adapted for the screen by Marco Altberg. In 2006, she released Time's Sand, a CD on which she read 33 of her poems set to a musical background by her brother, Antonio Carlos Jobim. She lives in Belo Horizonte, Brazil.

ABOUT THE TRANSLATOR
Dário Borim, Jr., is Associate Professor and Chair of the Department of Portuguese at the University of Massachusetts-Dartmouth. He is also a translator, creative producer, and radio programmer. His writings have appeared in 15 peer-reviewed periodicals from Brazil, France, Peru, and the United States. He lives in South Dartmouth, Mass.