Guitarist Sandro Albert Interviewed at All About Jazz...and More!

SOURCE: ALL ABOUT JAZZ PUBLICITY
November 23, 2010
Sign in to view read count 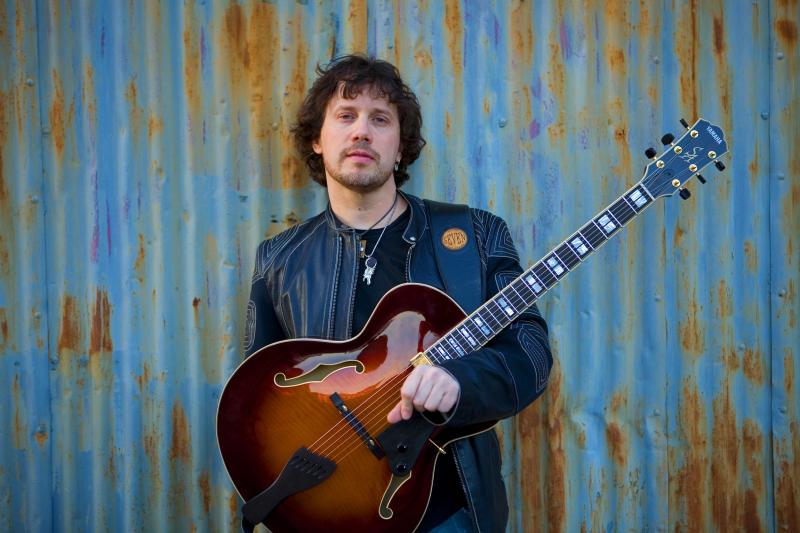 slideshow
Completely self-taught, guitarist Sandro Albert paid his dues in small clubs and shacks on the Brazilian circuit before he graduated to larger venues in Brazil that included music festivals. Two years ago, he played at the prestigious North Sea Jazz Festival at the invitation of Musical Director Claude Nobs. It was there that he performed with his friend Jimmy Haslip, on bass, as well as with the Yellowjackets' keyboardist, Russell Ferrante.

Albert has also worked with legendary Brazilian superstar Milton Nascimento on his first record, Soulful People (Visom, 2001). For his next album, he invited another friend, the late bassist Dave Carpenter to share production credits. It was on that album, A Beautiful Cloudy Day (Schoots Records, 2009), that Albert began to write counterpoint for horns and strings and produced a wonderful, richly hued sound on that celebrated record. As his writing matured and became more complex, Albert cut one more album featuring Airto Moreira on percussion and also featured Ferrante on keyboards, Edsel Gomez and Tamir Hendelman on piano as well as his regular reeds and woodwinds player, Katisse Buckingham and a plethora of guest musicians—including Mark Ledford. It was after this that Albert got down to working on his ode to New York City, releasing Vertical (Daywood Drive Records, 2010). in the process.

All About Jazz contributor Raul d"Gama Rose spoke with Albert about the rich Brazilian tradition, the recording of Vertical, future plan and more in his in-depth interview, Sando Albert: A Bard's Journey, published today at All About Jazz.

But there's more. To celebrate the recent release of Vertical, All About Jazz is providing even more coverage about Albert and his music:

All About Jazz is committed to bringing you the most extensive coverage surrounding new releases anywhere, so be sure to check out all the buzz about Sandro Albert and Vertical today, at All About Jazz!