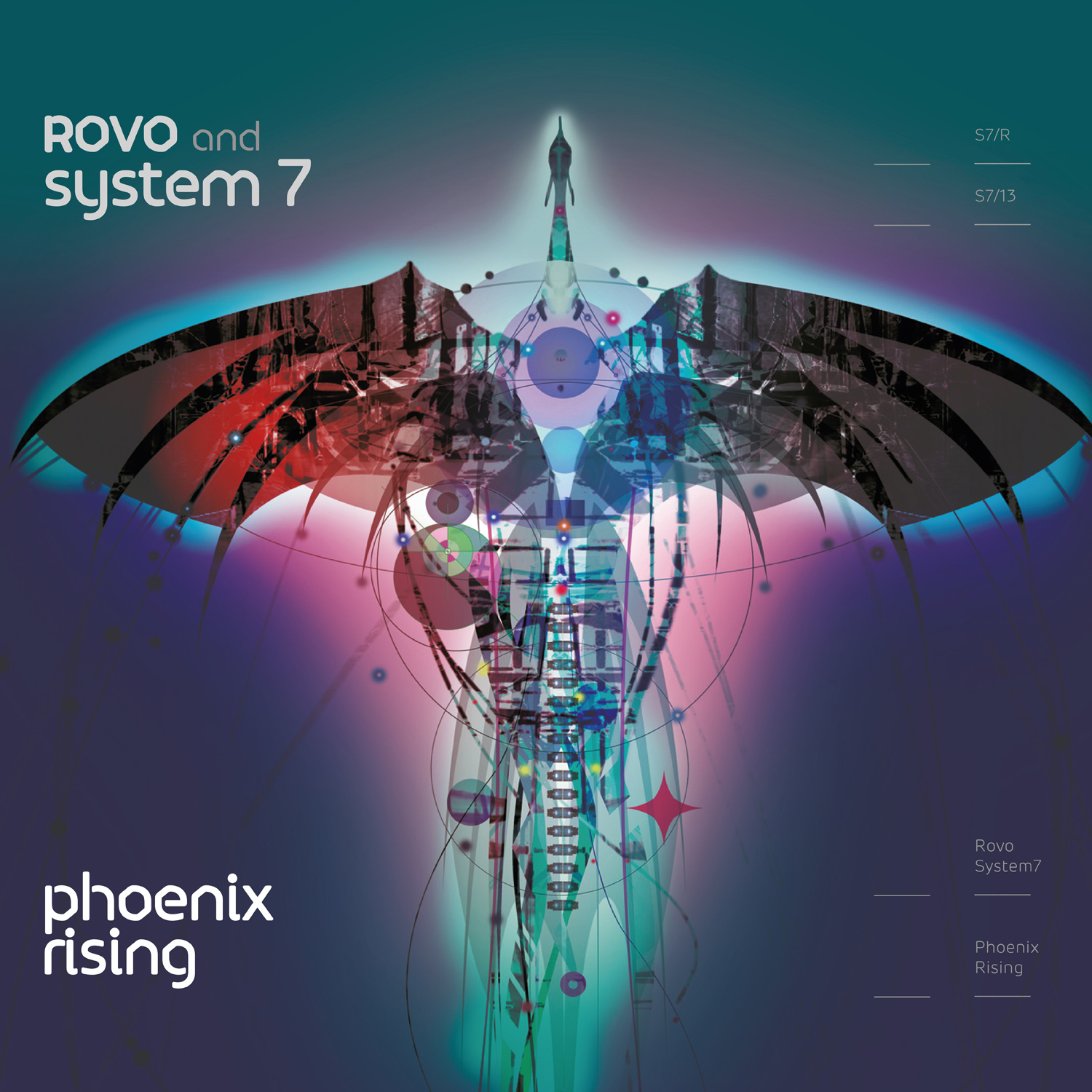 London, UK – Much to the excitement of music fans worldwide, guitar legend Steve Hillage is releasing a new album in the US with Japanese progressive rock/jam band ROVO on October 8, 2013 on Cleopatra Records. Steve Hillage is widely considered a guitar innovator, and is associated with the Canterbury scene, working in experimental domains since the late 1960s. Besides his critically acclaimed solo recordings, Steve has been a member of the ensembles Khan and System 7. But, he first came to prominence as a member of the multi-national rock band Gong, and appearing on successful albums such as 'Angels Egg', 'You' and his final album with the band 'Shamal'. Steve recorded his first solo album in 1975 entitled 'Fish Rising'. This album was recorded whilst still a member of Gong. Shortly after however, Steve and his partner Miquette Giraudy left Gong embarking on a career that continues to this day under the name System 7.

SYSTEM 7 is the music project of Steve Hillage and Miquette Giraudy, presenting a unique combination of tech-house beats and live musicianship, who have had a strong influence on the development of psychedelic ambient and electronica. ROVO are a popular Japanese progressive rock/jam band. They feature two drummers, funky bass and innovative keyboards and are fronted by guitarist Seiichi Yamamoto (formerly with The Boredoms) and masterful electric violinist Yuji Katsui.

Says Steve, “Working with the brilliant rock/jam band ROVO has given me a fantastic opportunity to combine my work as a producer with my lead guitar playing – I haven't played so many long solos on a record for decades!”

After a groundbreaking tour of Japan in 2011 and a successful Tokyo show at O-East, System 7 and ROVO decided to take the project further by recording a Phoenix Rising studio album. The album was recorded in Tokyo in September 2012, and was completed in January and February 2013 with overdubs in Steve Hillage’s London studio, and final mixing in Tokyo. The album will be released on October 8, 2013 in the USA. The first single, “Hinotori”, was released in June 2013 as a digital download (on iTunes etc), a Ltd Edition CD/EP, and now with a brilliant live/animation video on YouTube: http://youtu.be/2R5F3OZO-Z0

Phoenix Rising features original collaborations from System 7 and ROVO. It also includes a new arrangement of “Meeting of the Spirits” by the Mahavishnu Orchestra – a perfect showcase for the album’s astonishing blend of guitar and electric violin.

Hinotori (Album Version) - a reworking of the brilliant ROVO live rock adaptation of System 7’s “Hinotori”, fully based on the live band with soaring guitar and violin solos. Love for the Phoenix - A techno tour de force loosely based on the classic System 7 track “Habibi” from the first System 7 album (1991) but made with a completely new beat and overlayed with live playing and violin. A powerful emotion is employed that evokes the suffering and spirit of rebirth in Japan’s recent national tragedy, and the heart-based symbolism of the Phoenix. Meeting of the Spirits - a simplified cover version of the iconic Mahavishnu Orchestra track, showcasing the fantastic blend of lead guitar and electric violin, and also displaying the extraordinary beats of the two ROVO drummers. Cisco (Phoenix Rising) - an epic live ROVO track in the “Krautrock” spirit of Can and Neu, with one of the trippiest tempo changes of all time, and featuring an intricate middle section composed by Steve Hillage. Unbroken - an electro/breakbeat track composed by System 7 that starts completely programmed and switches to completely live playing around the same theme, with another Mahavishnu-style guitar and electric violin melody Sino Dub (Phoenix Rising) - another live ROVO track combined for Phoenix Rising with a techno trance programmed beat in typical System 7 style. Unseen Onsen - A floating ambient track with lush live playing, composed by Miquette Giraudy in the Mirror System style.

Steve Hillage was recently awarded the “Visionary' Award at the Progressive Music Awards 2013 at Kew Gardens, West London, on September 3rd. The award was presented to Steve by author/actor/comedian Bill Oddie. Read more about the event at PROG magazine's website: http://www.progrockmag.com/news/prog-awards-2013- the-winners/

System 7 and ROVO are pleased to announce two 2014 UK concerts when they will perform works from their new album Phoenix Rising. The dates include Manchester Ritz on Friday 7th March and London o2 Shepherd’s Bush Empire on Saturday 8th March 2014. Tickets can be ordered Wednesday May 29th from www.musicglue.com/rovoandsystem7. Every ticket purchase will include a free 5-track mp3 download of the “Hinotori EP” featuring individual and collaborative tracks from both System 7 and ROVO. A third ROVO and System 7 Phoenix Rising concert is announced for the iconic Melkweg venue in Amsterdam on Thursday March 13th 2014. Info and tickets here: http://bit.ly/1djg8mL

PHOENIX RISING live is a combined show of System 7 and ROVO playing together, sometimes using the techno beats as the rhythmic basic and sometimes using the live drums, seamlessly morphing from one to the other. The concert will showcase some of the most sophisticated blends of electronic beats and live playing ever produced, made possible by the skilled musicianship of eight players. Fans of System 7’s Steve Hillage can be assured that in the format of Phoenix Rising his masterful electric guitar style is fully unleashed, with extensive soloing and duets with the electric violin of ROVO’s Yuji Katsui.