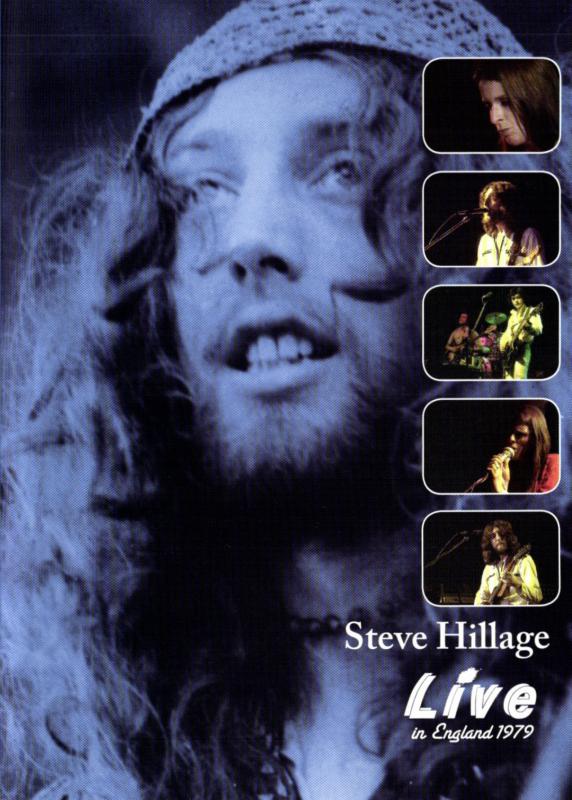 London, UK: Steve Hillage is widely considered a guitar innovator, and is associated with the Canterbury scene, working in experimental domains since the late 1960s. Besides his critically acclaimed solo recordings, along with Gong, Steve has been a member of the ensembles Khan and System 7. Much to the excitement of his fans worldwide, Gonzo MultiMedia UK has released 'Steve Hillage – Live In England 1979' on a CD/DVD set!

Says Steve, “This was a great performance from another fine period of my band in the late '70s with John McKenzie on bass and Andy Anderson on drums.”

Steve Hillage first came to prominence as a member of the multi- national rock band Gong. Steve appeared on successful albums such as 'Angels Egg', 'You' and his final album with the band 'Shamal'. Steve recorded his first solo album in 1975 entitled 'Fish Rising'. This album was recorded whilst still a member of Gong. Shortly after however, Steve and his partner Miquette Giraudy left Gong embarking on a career that continues to this day under the name System 7.

In 1976 Steve recorded the album 'L', which was produced by Todd Rundgren. The album was a huge success and Steve subsequently formed the first Steve Hillage Band, which included former Jethro Tull drummer Clive Bunker and future Camel bassist Colin Bass. The band made its live debut at the Hyde Park concert staged by Queen in September 1976.

From 1976 to 1979, Steve Hillage released several critically acclaimed albums and toured the world. Following the live debut of a new line- up, the Steve Hillage Band toured extensively throughout 1979. This CD/DVD set captures a stunning performance by this great line-up of the band! Playing with Steve are the ever-present Miquette Giraudy (synthesiser, vocals), John McKenzie (Bass, Vocals), Andy Anderson (Drums) and Dave Stewart (2nd Guitar). This is the line-up that recorded some of the live tracks and the studio side of Steve’s 1979 release Live Herald. The studio tracks from 'Live Herald' eventually came out on CD as part of the album 'Open'.

The track listing to this historic 1979 performance from the Steve Hillage Band includes: “Salmon Song”, “Unzipping the Zype”, “Hurdy Gurdy Man”, “1988 Aktivator”, “Unidentified Flying Being”, and “It`s All Too Much”.

Bonus material on the DVD includes two short promo videos for “Radio” and “Light in the Sky” (from the album 'Motivation Radio') and a more recent in-depth interview with Steve and Miquette.

Steve currently sees his System 7, Mirror System, and Steve Hillage Band entities as operating in parallel and has been writing some new rock-based material for a possible Steve Hillage Band album for release in 2014/15. System 7 and Japanese psychedelic progressive jam- band ROVO will be releasing a new CD in September 2013. Click here for sound samples.