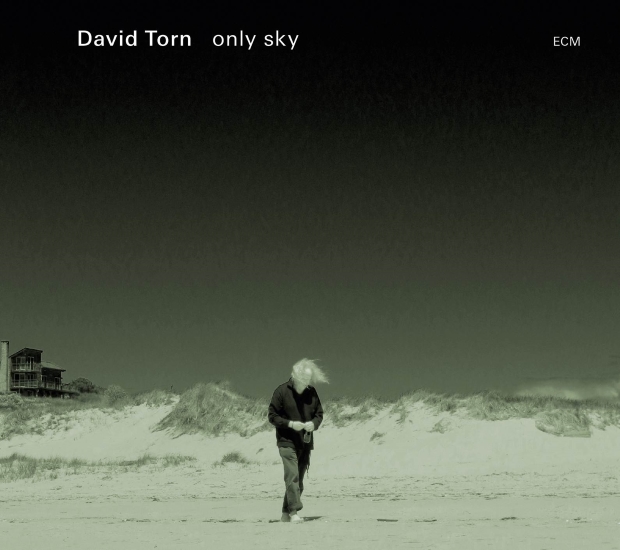 slideshow
Los Angeles, CA: Ever-intrepid guitarist, producer, improviser, film composer and soundscape artist David Torn will embark on his first solo tour of the US since the mid-nineties (see itinerary below). The 22-city tour is in support of only sky—an album that explores the far sonic edges of what one man and a guitar can create, a solo recording of almost orchestral atmosphere.

only sky is Torn’s first ECM release since 2007’s acclaimed “prezens”, a full-band project, with Tim Berne, Craig Taborn and Tom Rainey, that Jazzwise described as “a vibrating collage full of shimmering sonic shapes, a dark, urban electronic soundscape— a potent mix of jazz, free-form rock and technology that is both demanding and rewarding.” Many of those same descriptors apply to only sky, with its hovering ambient shadows and vaulting flashes of light, its channeling of deep country/blues memories and Burroughsian dreams of North Africa. Recorded in the acoustically apt hall of the Experimental Media and Performing Arts Center in upstate New York (and then sorted and mixed in Torn’s own mad- scientist lair), “only sky” is an album to get lost in, over and again.

Says David, “For the only sky tour, I'll be performing as I did for the recording: playing the electric guitar, bending its effect to how I might hear it fit these early days of the 21st Century; maybe I'll even convince it to kick some ass, too! Stranger things have happened.”

“To call him a hero of the electric avant-garde would be accurate but incomplete.” —Nate Chinen, The New York Times

“Go ahead and call the wily guitarist a master of chopped 'n' screwed jazz schema. Onstage the mad scientist and his new pals find a way to balance the aggression with the reflection. Wildly tantalizing textures.” —Village Voice