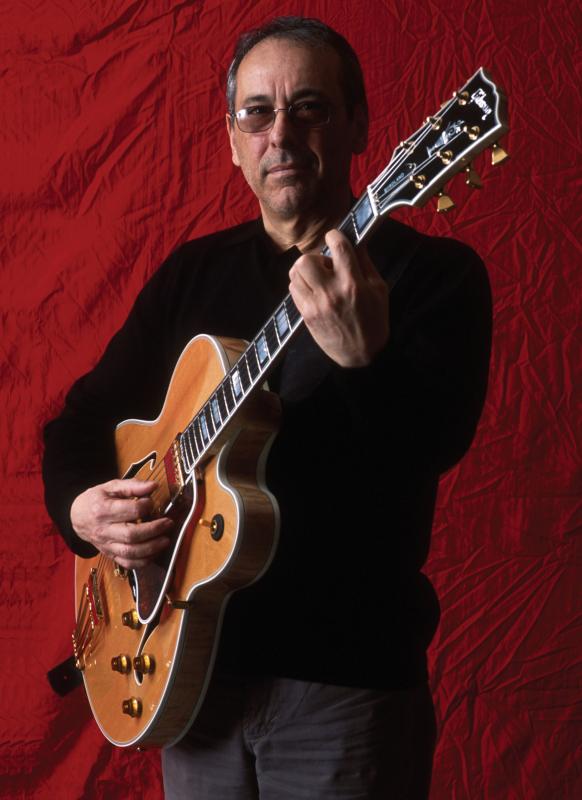 slideshow
New York, NY: The time has finally arrived when guitar master John Tropea’s complete body of solo artist recordings are available as a digital release on CD Baby, iTunes and other digital platforms. And what a showing this offering is! From his first release, Tropea (1975), to his latest 11th CD release, Take Me Back to the Ol’ School, many of which were co-produced with Will Lee, Tropea’s solo work has defined him as the guitarist’s guitarist, as well as a top notch composer, producer and arranger. Over the years he has worked with a dizzying array of world-class players, including David Spinozza, Warren Bernhardt, David Sanborn, Randy and Michael Brecker, Steve Gadd, Anthony Jackson, Don Grolnick, Richard Tee, Will Lee, Steve Cropper, Lou Marini, Ronnie Cuber, Dave Mann, Bob James, and The Blues Brothers, to name but a few, and several of these players appear on his digital releases as well. He is currently performing with The Blues Brothers and The Tropea Band.

John Tropea is one of the most admired and highly regarded guitar players of his generation. His playing shows a vast knowledge and respect for the tradition of the instrument as well as an original style that continues to define how the guitar best serves a wide variety of musical styles.

Tropea has written for and played with major recording artists from around the world. In his long career, his contributions to other artist's successes have been numerous, including his solo work with Deodato, (2001 theme), projects with Laura Nyro, Harry Chapin (Cat's in the Cradle), Paul Simon (Fifty Ways), Alice Cooper (Goes to Hell), Eric Clapton (Journey Man), Dr. John, and many others. Tropea has a deserved worldwide reputation as an artist of quality among both audiences and other musicians. His work as a studio musician is legendary and his many collaborations throughout his career include a variety of artists that run the gamut from James Brown to Frank Sinatra, among countless others.

The digital releases feature Tropea’s astonishing bands over the years that have not only given voice to his “standard influences,” but have also helped define him as an exciting presence as a player, composer, and arranger of consummate musicianship. With the respect he has gained from some of the finest musicians playing today, Tropea has been able to put together groups that share his vision, that continue to re-define venerable traditions, and that make music that is of lasting beauty and significance. Also, he has once again gotten back to his live audience, as well as those who follow his recordings, and with his band has found his apotheosis, all abundantly demonstrated on his digital catalogue.