In this film you see how the groove of music connects the people. Immediately there is a bridge between russians and americans. 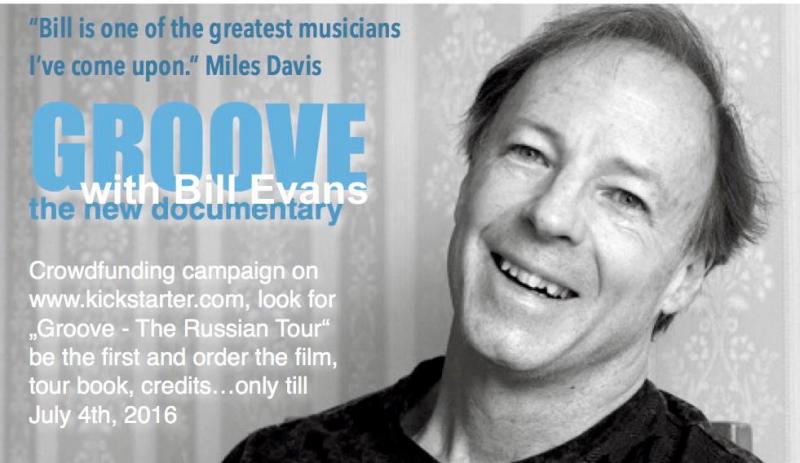 slideshow
It was a sensational concert tour: The embassy of the United States in Moscow sent the world's top American saxophonist and bandleader Bill Evans with his rock / jazz / blues formation on an extensive tour to Russia.

And that in this time! Evans with his successful Soulgrass project including musicians Mitch Stein, Murali Coryell, Joel Rosenblatt and Dave Anderson took this opportunity to reach the Russian population in the cities which belong not to the main cultural centers of Russia. This extraordinary and adventurous journey to ten cities of Russia went from March 23rd to April 10th 2015 from Moscow over the Volga region to the Ural and to the Baikal area in Siberia.

It was enough time getting know the people during traveling on the trains, airplanes and busses between concerts and different cities. Bill Evans used his music as a bridge to the international understanding. His music and his shows are an important contribution to bringing cultures and nations together.

The filmmaker Christoph Felder had the rare opportunity to accompany the musicians on their tour and film it. This film takes a challenge to create connection between nations, people, landscape and music. This is a unique and exciting project! Bill Evans: “It was important to reach people from the street and to talk with them after the shows."

Christoph Felder used his chance to get enough material for an extraordinary film. He filmed fantastic and magical moments during and after concerts, exiting visitors, journeys from one place to another, Russian citizens, their cities, nature and other details, which will fill a 90 minute documentary.

The shooting is completed and it is now the time to cut the material. You have now a chance to become a supporter of the postproduction and the promotion. Get the attractive rewards.

Music builds bridges. Become a part of a film, which is important for a better understanding between Russia and the USA. Let us finish this film together with your help and support. Let us bring it out into the world into movie theaters, on television, as a DVD or download/stream! Let us make it happen! Let us show everybody how music connects people! Thank you for your support! We'll keep you updated on the process.