SOURCE: ALL ABOUT JAZZ PUBLICITY
September 4, 2009
Sign in to view read count 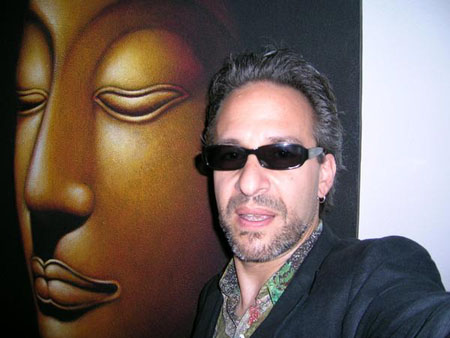 slideshow
Cardinal is a project, like many of those relying on improvisation, that was accomplished in a three-day studio meeting. The participating individuals had previously collaborated on separate projects – (Cosottini-Miano had produced “The Curvature of Pace”, Impressus-GRIM 2007, and Cosottini-Melani-Pisani where part of the EAQuartet Electroacoustic Quartet, GRIM 2007) – but never before in this fashion.

The title, in reference to the four cardinal points, was chosen to reflect a multidirectional sound, and thus the choice of a map as the cover for the album.

Moreover, most compositions make use of graphic scores, some of them needing a “open” reading approach. One of them is, for instance, a labyrinth, therefore enhancing the game-like character of the experience and disengaging the performer in terms of “wanting” to go in a specific direction. Another has its theme played in retrograde at the closing, suggesting that moving forward from the point of origin can lead toward it, and so on.

Despite the diversity typical of each individual originator (composer/improviser) Cardinal seems to breathe the same air throughout, as if its four points were inherently aware of the fact that the fabric of the soundscape was constantly shifting, and were adjusting to it as to preserve an overall sense of balance.

GRIM (acronym for Music Improvisation Research Group) is an Italian based project created in 2005 by musicians and composers Alessio Pisani and Mirio Cosottini. Its aim is to develop and deepen their interests in improvisation, sound & composition methodologies, while leading various project and workshops on improvisation throughout the country. GRIM's activity is articulated in three ways: through performances (with the groups EAQuartett, EASilence e l'EAOrchestra), divulgation through workshops, (laboratory of Improvisation at the Padova Conservatory) and records (GRIMedia Records). CARDINAL is the second work produced in collaboration with Impressus Records.

IMPRESSUS RECORDS [From Latin impressus, past participle of imprimere, from in + premere to press]. Pianist and Composer Tonino Miano is the founder of this new label (2007) that will focus (at the present) on his own work, and the work accomplished in collaboration with other musicians. CARDINAL is the 4th CD on its catalogue.