Gregory Porter Sets Out On 13 City U.S. Tour On August 19 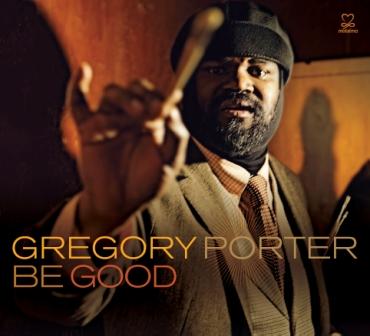 Grammy nominee Gregory Porter, whose most recent release, Be Good (Motema 2012), resulted in a spate of rave reviews from the likes of Downbeat magazine ("A major talent..."), Soul Tracks ("Porter fuses jazz and soul better than anyone working these days....we may have already heard the album of the year."), and the All Music Guide ("...a major heir to Nat King Cole...a major talent."), is returning after a wildly successful international tour to bring his intoxicating mix of jazz and soul to 13 cities across the U.S.

Those U.S. shows begin on August 19 with a performance at Bethany Baptist Church in Newark, NJ. Porter will then head north for shows in Boston and on Martha's Vineyard, before concluding the first leg of the tour on August 26 at Tompkins Square Park (as part of the Charlie Parker Festival). At the end of August, Porter will return to Holland and The Netherlands for four shows, before setting out on the rest of his American tour, which will bring him across the country throughout September.

He will kick off the second leg of the tour at the Howard Theater in Washington, DC, and then progress across the country, with shows in Atlanta, Memphis, Oakland, Sacramento, Monterey (at the Monterey Jazz Festival) and Los Angeles, finally ending up back in NYC for a week at Dizzy's Club Coca Cola (November 8 - 11) and a November 17 show at Littlefield in Brooklyn.

If past performance is an indication of future success, fans would be advised to purchase tickets well in advance of Porter's shows. His September 8 show in Rotterdam has already sold out, following similarly sold out shows in London (10 shows at Pizza Express and two at the Boomsbury Theatre), and at Paris' La Cigale. While abroad, he was featured on numerous television shows in Holland, France, Denmark (where he debuted at #1 on the charts), and of course in the UK, where he toured both with Jools Holland and on his own.

The video for “Be Good," the title track off of his February release on Motema, currently has attracted over 150,000 views since premiering in March.

The full itinerary is as follows: