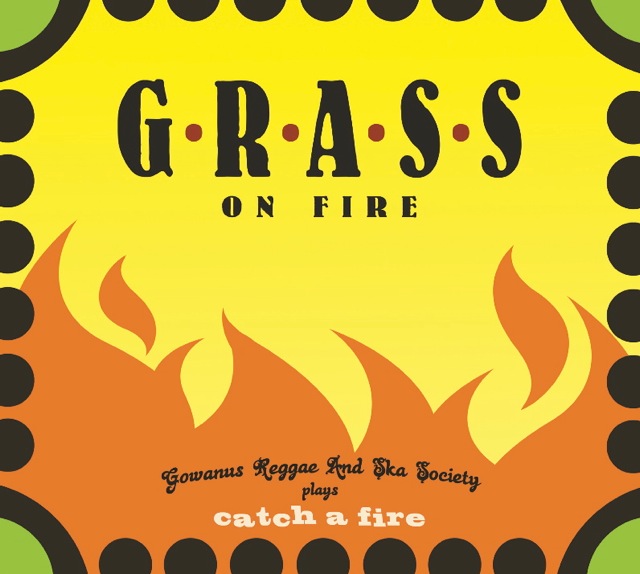 With the release of G.R.A.S.S. on Fire, G.R.A.S.S—the appropriately abbreviated Gowanus Reggae and Ska Society—have taken on the challenge of bringing the music of the legendary Bob Marley and the Wailers to an entirely new level. On G.R.A.S.S. on Fire, this collection of eleven intrepid musician/explorers “dedicated to bringing the sounds of classic Ska and Reggae to the fine people of Brooklyn and beyond," bring a jazz perspective to Marley's seminal 1973 release, Catch A Fire, instrumentally interpreting the reggae pioneer's music so that it retains all of its original passion and sincerity.

G.R.A.S.S features some of the finest players from Brooklyn's vibrant musical community, creating music with the spontaneity of jazz and a deep reverence for Jamaican rhythm. The society is made up of an ever-evolving group of players, including bassist J.A. Granelli, Nate Shaw on keyboards, Mark Miller on trombone, saxophonists Michael Blake, Ohad Talmor, and Paul Carlon, David Barnes on harmonica, Russ Meissner on drums and guitarists Tony Romano, David Bailis, and Brad Shepik.