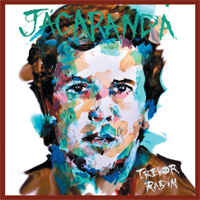 Hollywood, CA: South African born Grammy winner, Trevor Rabin, will be conducting a workshop and album signing at Guitar Center on August 17th, 2012. The event will take place at 14209 Ventura Blvd., Sherman Oaks, CA 91423 beginning at 7pm. The platinum selling guitarist will be discussing his multi-faceted career, compositional process and distinctive production techniques to create his chart topping hits. Rabin is also a world premier film composer having scored many of Hollywood’s biggest blockbusters including Remember the Titans. Rabin has now returned to his roots by releasing Jacaranda, his first solo album in over 20 years.

Trevor Rabin's legendary song writing skills skyrocketed Yes to fame when he wrote their number one hit single, “Owner of a Lonely Heart" from the album 90125. Trevor Rabin is also one of the film industry's most prolific composers. He has written music for Armageddon, National Treasure (1&2), and Glory Road. Trevor's theme to Remember the Titans was also used by President Barack Obama during his presidential election speech. The same theme was used for the 2008 Olympic Games telecast.

Jacaranda, Rabin's fifth studio album debuted on the Billboard Contemporary Jazz Chart at number 6. The blend of jazz, rock, and bluegrass has critics raving. The Seattle PI says, “Jacaranda is for music lovers of any genre. Period. It's astonishing, haunting, passionate, powerful, and an experience that transcends any expectations, even for devotees of Rabin's past work." Having written and produced all 12 tracks, Rabin played nearly every instrument on the album, including 14 different guitars. Featured on drums is Lou Molino III Rabin's son, Ryan (founding member of Grouplove), Lou Molino III, and legendary session drummer Vinnie Colaiuta (Sting, Frank Zappa). Tal Wilkenfeld (Jeff Beck) contributed bass.