SOURCE: ALL ABOUT JAZZ PUBLICITY
April 4, 2010
Sign in to view read count 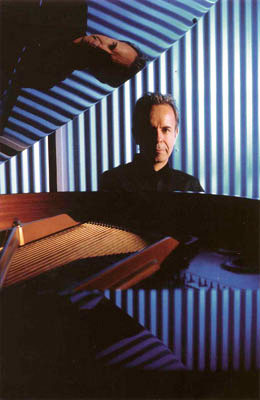 slideshow
An Evening celebrating 2010 Grammy Winner Bill Cunliffe will be presented by Vitello's Jazz & Supper Club in Studio City on Saturday April 17, 2010. There will be a pre-show reception to honor Bill Cunliffe at 7:30p.m. followed by an 8:30 p.m. Bill Cunliffe Big Band show. Bill Cunliffe and his 17 piece big band will be performing some of Bill's original music concluding with the Grammy-winning arrangement, “West Side Story Medley."

Bill Cunliffe is one of contemporary jazz's most celebrated pianists, composers and arrangers. In January, he won a Grammy Award in the category of Best Instrumental Arrangement for his “West Side Story Medley" from the album Resonance Big Band Plays Tribute to Oscar Peterson. He's also received acclaim for his most recent album, The Blues and the Abstract Truth, Take 2. He's won Down Beat Awards for his big band an orchestral pieces. There will be a Champagne Toast to honor Bill's recent Grammy success. Don't miss this very special night at the home of quality jazz.

For more information got to vitellosrestaurant.com or call 818-769-0905