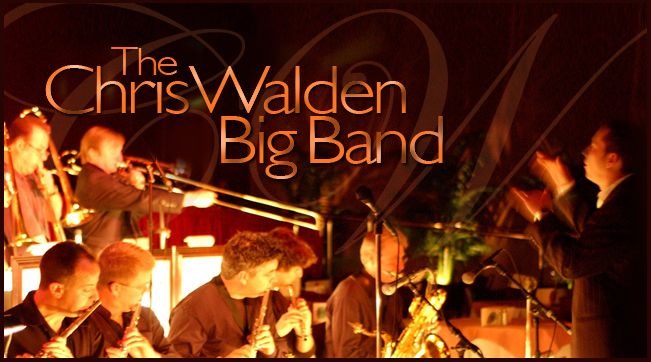 The Chris Walden Big Band features original jazz compositions as well as standards. For the upcoming performance, Walden wrote a 12-minute big band arrangement based on his recent classical album, SYMPHONY No. 1 “The Four Elements.” Jazz singer Courtney Fortune, whose debut album is produced and arranged by Walden, will be a featured soloist. Fortune’s album will be available through Origin Records on August 18.

The German composer’s U.S. debut release, “Home of My Heart,” reached #10 on JazzWeek’s chart and remained in the Top 50 for 17 weeks. In addition, Walden received two Grammy nominations for “Best Large Jazz Ensemble Album” and “Best Instrumental Arrangement” for “Cherokee.”

Recently Walden's SYMPHONY No.1 “The Four Elements" recorded with the Hollywood Studio Symphony Orchestra and conducted by Walden received two Grammy nominations in the categories “Best Orchestral Performance" and “Best Classical Contemporary Composition." Walden’s work on “The Four Elements” returned him to his classical music roots. The symphony takes listeners through the Earth’s elements with four movements – GAIA (earth), HUDOR (water), AER (air) and THERMA (fire). Walden explains, “I attempted to create music that would have a similarly visceral impact on us as the elements found in nature.” The album is available now on Origin Classical Records.

Although Chris Walden is not a household name, his work has been heard by millions. Walden wrote the orchestral arrangements for both Jennifer Hudson and Faith Hill that were performed at this year's Super Bowl. In addition he wrote the arrangement Hudson performed at the Grammys. In the past year alone, Walden also arranged for American Idol, Christina Aguilera, Usher, Aretha Franklin, Sheryl Crow, Paul Anka, David Foster, Christopher Cross and Michael Bolton. Chris Walden’s additional accomplishments include writing over 400 arrangements for symphonies worldwide such as the Chicago Symphony, National Symphony Orchestra and the West Australian Philharmonic. He served as musical director for the German Movie Awards Show, which led him to score several international films.

Walden continually challenges himself musically. In Germany, after studying classical and jazz composition at the University of Cologne, he went on to record and conduct with Germany’s leading classical symphonies and most talented musicians including clarinetist Sabine Meyer and pianist Myleene Klass. Since emigrating to the U.S. ten years ago, the German-born musician has built an illustrious career as a film composer and the creator of the leading west coast big band, Chris Walden Big Band.