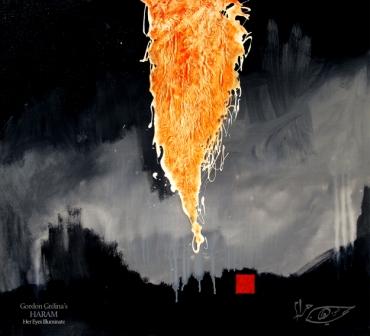 slideshow
Oudist, With His Band Haram, Interpret Popular and Folk Music by Celebrated Iraqi and Egyptian Artists of the Last Century

Vancouver guitarist/oud player Gordon Grdina's music is all about call-and-response across every possible artistic pre-conception. His last record on Songlines, by his East Van Strings quartet (The Breathing of Statues, 2009), included intense, concentrated avant-garde pieces inspired by Bartok, Webern and Berg side-by-side with spacious excursions around Arabic modes.

Although he's perhaps best known as a guitarist, Grdina was already a serious student of the oud for several years (he mentions Hamza El Din, Simon Shaheen and Vancouver's Serwan Yamolky as major influences), when, in 2007-2008, he put together an Arabic/avant-garde band featuring friends and associates: some of Vancouver's most prominent inside-outside improvisers, Syrian vocalist and ney player Emad Armoush, world percussionists Tim Gerwing and Liam MacDonald, and close collaborators Tommy Babin (electric bass) and drummer Kenton Loewen (Gordon Grdina Trio, Dan Mangan band). Also on board for Haram's first release, Her Eyes Illuminate, which will be released on Songlines on August 14, are JP Carter on trumpet, Chris Kelly on tenor sax, and Jesse Zubot on violin and electronics, with Francois Houle on clarinet.

The repertoire is mostly popular and folk music from celebrated Egyptian and Iraqi artists of the last century, including pieces made famous by Oum Kalthoum and Farid al Atrache. The band was named Haram, meaning forbidden.

Gord explains: “More specifically, forbidden from the point of view of a dogma about how one should live or what is acceptable. I feel that any of these hindrances and outside-imposed boundaries limit the human experience. So in some circles what we do would be considered 'haram.' Also, it is used as an exalted term by audience members during a concert to express that what someone is playing is badass. Which I dig, the turning of the phrase on its head."

This music still resonates with millions of people in the Arabic world, and what Haram brings to it is something unique “exactly because we haven't grown up with it. We hear it with different ears and with different aesthetics. It's a very simple and natural progression. I'm listening to this classic music that moves me greatly. I then hear it garbled up with everything else. I can hear how a Farid al Atrache taqasim connects to a slow, conceptually developed Chris Kelly sax solo, or that the open free space which Oum Kalthoum sings from could be paid homage to by JP's trumpet.

“Jesse (Zubot) is also in East Van Strings and has developed his own way of delving into some of that sonic space while maintaining the texture and color playing that he is most known for. Conceptually I want to honor the pieces the best way we can as an ensemble. So the arrangements are built around finding spaces that can be opened up. It can almost be like a good DJ mashing up pieces together - things can take a massive left turn, or you can connect two seemingly disparate sounds seamlessly. As long as you can hear it before it happens, everything is fine.

“Truthfulness and direct expression are so important," Gord continues. “It's when you try and think your way through the concepts that you run into problems. I can't go back and unlearn all my musical conditioning. You can't pretend you haven't heard Ornette Coleman or Ed Blackwell after the fact. Things are opened up for you and everything that comes in afterwards is affected by it. So by understanding the process and realizing that you need to get out of the way of it for it to develop fully, all those things have come together to create what happens now when I play."

And his role as leader? “I've always kind of conducted or moved the music when necessary through my own playing, but on the oud in this ensemble it's impossible to do that so I have had to actually conduct the band quite a bit. I'm feeling out the ebb and flow of the improvisations and compositions and then making sure that we're all on the same page. Having an amplified oud helps with this but there's no way to really put the dark subtle color of the oud over a ripping sax."

Under studio conditions the band still finds the intensity closing in on ecstasy of its best gigs: “Everyone is serious about the music, and I trust inherently in their dedication to it, so to honor that there is nothing but space and openness in the studio. No heady trips or vibes about the work or playing correctly in any dogmatic sense of the word. That way we all had a blast, were comfortable, and played like we were hanging out in a basement. In that space is where I find that people play the most free."