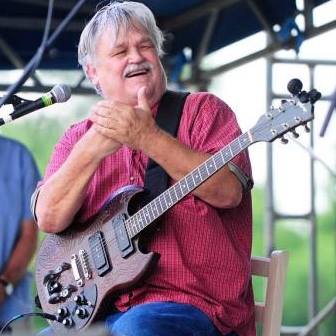 "Colonel" Bruce Hampton, guitarist, founding member of Hampton Grease and a respected veteran of the jam band scene, died after collapsing on stage during his 70th birthday concert.  I had the pleasure of working with Bruce over the years, and he was every bit a smart, talented and special as the accolades pouring in suggest.

Jamband icon Col. Bruce Hampton was performing an encore at a concert celebrating his 70th birthday when he collapsed at the Fox Theater in Atlanta. His death was later confirmed in a statement from his family that was shared by the members of the Tedeschi Trucks Band.

In a post to his social media, former band mate Jeff Mosier wrote that Hampton “could have never imagined a more joyful departure."

Hampton, born Gustav Berglund III, launched his career in the late 1960s, founding the Hampton Grease Band, and opening for acts such as the Grateful Dead and The Allman Brothers. Hampton Grease's debut 1971 album Music To Eat was reputed to be one of the worst selling records in its label Columbia's history, however, the band's live shows and improvisational style would help to pave the way for bands such as Phish and Widespread Panic.

In addition to his work with Hampton Grease, Hampton was also the founder of a number of other configurations and groups, including The Late Bronze Age, The Aquarium Rescue Unit, The Fiji Mariners, The Codetalkers, The Quark Alliance, Pharaoh Gummitt, and Madrid Express.

As well, Hampton played a key role in helping to start the jam-band infused touring H.O.R.D.E. festivals in the 1990s.

Hampton continued to perform regularly, including leading a weekly residency at the Vista Room in Atlanta, NPR said.

“A Col. Bruce show brings a lot of joy and excitement," Vista Room co-owner Mike Rizzi told the Atlanta Journal-Constitution, “especially in the world we live in right now. You forget about things when you walk through the door."