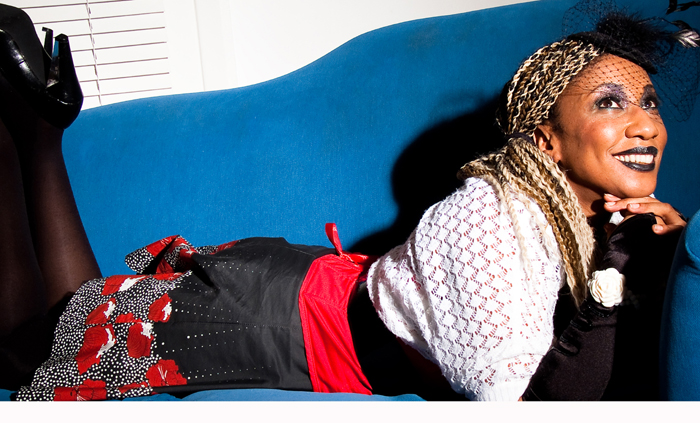 slideshow
Following a successful UK tour at the beginning of the year, jazz singer and songwriter, Juliet Kelly, hits the road once again, this time taking her acclaimed “Celebrating the Divas of Jazz" project to rural venues in Cumbria, Durham and Northumberland. Juliet's tribute to the jazz singers that have inspired and influenced her, has delighted audiences around the UK and attracted sell out audiences.

The London-based vocalist who has taken the jazz scene by storm with her distinctive velvety voice, mesmerising songs and Glam Jazz style collaborated with up-and-coming arranger George Moore (who is also the pianist in her quartet) to arrange songs performed by some of the most loved singers including Nina Simone, Billie Holiday and Sarah Vaughan. Less well-known singers are also represented and Juliet's performance introduces the audience to lesser-known gems as well as showcasing popular favourites.

The tour starts and ends with a full band performance. In between, the majority of performances take place in village halls and community centres and see Juliet reuniting with award-winning pianist, Kate Williams, with whom she toured her tribute to Nina Simone in 2004. Kate, described as “a genuine talent to watch" by Mojo Magazine, also appears on Juliet's second album, Delicious Chemistry.

Juliet has worked with several outstanding musicians including Courtney Pine, Talvin Singh and Seb Rochford and supported high profile performers such as Georgie Fame and Take 6. Her three critically acclaimed albums have won her many fans and she has performed sell-out shows in venues around the UK as well as in Italy, Germany, Greece and Russia.

Juliet says, “Although I'm known as a singer and songwriter, I've always loved standards and usually include a couple in my set. After releasing three albums of mostly original songs, I thought it was time to go back to basics and pay tribute to those wonderful singers and songs that have influenced me. This show allows me to take the audience on a journey that revisits some of the most popular songs and singers... but I'm hoping they'll also discover some hidden treasures!

A tour of UK village halls has always been on my wish list, so I'm delighted to be taking the show to some of the most beautiful, rural parts of the country. I wonder if it's possible to buy sequinned Wellington boots... “