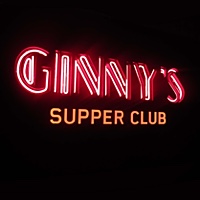 Trumpeter Duane Eubanks has performed everywhere from the Hollywood Bowl to Birdland, the Kennedy Center to Europe and Japan. His highly successful musical family: his mother is pianist Vera Eubanks, Kenny Barron's first piano teacher and a professional church pianist; and his brothers - renowned trombonist Robin Eubanks and guitarist Kevin Eubanks, former bandleader of the “Tonight Show with Jay Leno"; as well as his uncle, legendary pianist Ray Bryant saw his potential at a young age and persuaded him to pursue music. He has worked with a long list of major jazz artists including notably Elvin Jones, Mulgrew Miller, Dave Holland and with popular artists such as The Temptations, Alicia Keys, and Mos Def. Duane is currently on faculty at Brooklyn Conservatory of Music and Brooklyn Music School. Stacy Dillard, tenor saxophone, Anthony Wonsey, piano, Corcoran Holt, bass, EJ Strickland, drums. Cover: $15

Charenee Wade is a notable singer, composer, arranger and educator who received her degree from the Manhattan School of Music. Her accolades include Betty Carter's Jazz Ahead Program, where she performed her original music at the Kennedy Center in Washington, DC. Her new project pays homage to the late, great Gil Scott-Heron. Cover: $15 - $20

Drummer Winard Harper is passionate about jazz. “This music is powerful," he says. “It can do a lot of good for people. If they'd spend some time each day listening to it, we would see many changes in the world." Inspired by the musicianship of greats such as Clifford Brown, Max Roach, Jackie McLean, Cannonball Adderley, Dr. Billy Taylor, Art Blakey and Billy Higgins, Harper has been the leader and musical inspiration for a vibrant sextet for almost a decade. The group appears regularly all over the United States from the Kennedy Center in Washington, D.C. to Yoshi's, the legendary West Coast jazz club. Although clearly the dominant force behind this extraordinarily gifted ensemble, Harper has surrounded himself with superbly talented young guardians of the jazz tradition who are as entertaining to watch as they are to listen to. Cover: $10

Chop and Quench, “The Fela! Band", is comprised of members of the cast and band of FELA! The musical. Individually, the musicians are some of the finest in New York, having performed with The Roots, India Arie, Elvis Costello, and many others. Lead singer Sahr Ngaujah was nominated for a TONY Award for his performance in the Broadway show and has been featured on film and television. As a unit, the band has gotten to accompany performers such as Beyoncé, Femi Kuti, and Angelique Kidjo. Known for their straightforward performances of classic Fela Kuti compositions, they have branched out, bringing their own original music to the stage. Chop and Quench performs around the world. They even made an appearance at the 2014 Sundance Film Festival in conjunction with the premier of Alex Gibney's film “Finding Fela". They continue to pay homage to the Fela movement with “The '69 Los Angeles Sessions," about a storied period in Pan-African music history. It is their first recording since the Fela! Broadway cast recording. Cover: $15

Drummer, born and raised in Detroit, MI, Lawrence Leathers is beloved in the jazz community for his reliable swing and infectious personality - also known for his comedic sensibilities when he has a microphone in his hand. It will be a night filled with laughs and great music. Trio features Aaron Diehl, piano; Paul Sikivie, bass; and a few comedians to join the stage in between joyous standards. Cover: $10

Heralded by the Village Voice for having some of New York City's “most electrifying young lions in jazz, Revive Big Band has a finger on the pulse of today's emerging progressive sound while pointing to things yet to come for a new era of music. Formed in 2010 by trumpeter, composer and arranger Igmar Thomas, this multi-generational ensemble knows no limits while seeking to advance, celebrate and re-imagine sonic freedom in big band form. The Revive Big Band's well-honed musical sensibilities powerfully synthesize the art of the beat, treatment of melody, reverence of the standard, and nuances of time. Expanding the contemporary canon of composition as it dwells at the intersection of jazz, hip hop, soul and beyond, the band's repertoire features original compositions and inventive orchestrations of jazz standards and contemporary classics by artists ranging from Oliver Nelson, Wayne Shorter and Freddie Hubbard to A Tribe Called Quest, G.U.R.U, DJ Premier, Bilal and more, in never seen before and sometimes never to be seen again live performances. Cover: $15

Keeping the original heavyweight trio of Cary, Terreon Gully and Tarus Mateen intact, Cary's fierce new project puts the iconic Fender Rhodes sound front and center, fusing drum n' bass, EDM and acoustic jazz, funk and rock influences, creating yet another visionary project to follow up his triumphant 2013 releases For The Love of Abbey and Four Directions. As the original Rhodes Ahead introduced Marc Cary as one of his generation's greatest innovators, heralding the electro-acoustic jazz sound that became prevalent in the 2000's, Rhodes Ahead Vol. 2 is a testament to Cary's prolific and forward-thinking vision, versatility and creativity. Cover: $20

Internationally acclaimed Gospel and Classical artist, Damien Sneed, will host a Gospel Open Mic and Showcase “Let the Praise Continue." The monthly event will feature both national and independent recording artists. Doors open at 6:00 p.m. and the showcase will begin at 7:00 p.m. The monthly showcase dates are scheduled on Sunday, April 19, and Sunday, May 17. Cover: $15

Whether she's fronting a symphony in British Columbia or leading an intimate jazz trio in Manhattan, Ms. Braden has the innate ability to win the heart of any audience with her powerhouse vocals and striking stage presence.

From a young age, the Sierra Leone-born singer, Michael Mwenso, has held his own with artists like James Brown in addition to playing and leading his own bands around the world. In 2010, Mwenso, personally invited by Wynton Marsalis, joined the programming team at Jazz at Lincoln Center, where he now heads the After-Hours program at Dizzy's Club Coca-Cola. Mwenso has performed with Jon Hendricks, Jamie Cullum, Reginald Veal, Maceo Parker, Dee Dee Bridgewater, Marsalis and more. He leads a young band full of talent. “The Shakes" are made up of the most talented young musicians in New York.

Brianna Thomas has captivated the world's major jazz festivals and concert halls from Montreaux, Umbria, North Sea to Switzerland and many other global stops. Her voice is brilliantly balanced with sharpness and depth. She controls ballads and navigates skats with tremendous poise and grace. Voted Best of the Best among New York's vocalists, Thomas was the winner of New York City's Jazzmobile Vocal Competition. She's made her magical presence felt on stage with a number of jazz luminaries including Herland Riley, Reginald Veal, Houston Person, Wes Anderson, Christian McBride and Wynton Marsalis. Cover: $15